When Jimmy Kimmel made a joke about conservatives’ intelligence, Ben Shapiro clapped back 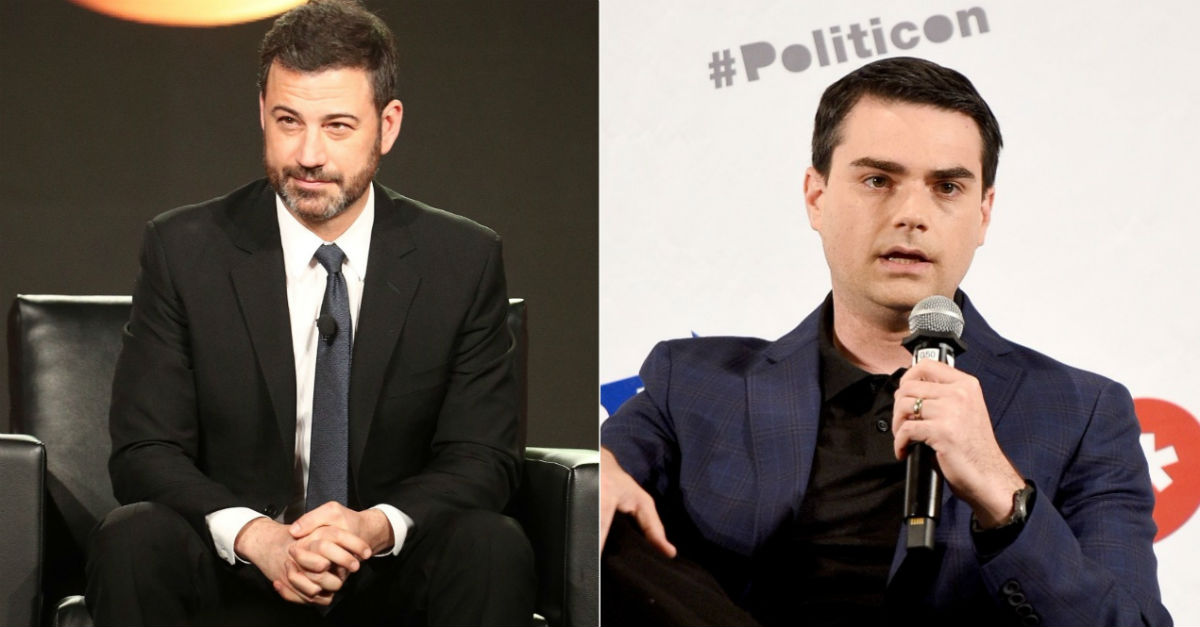 Late-night talk show host Jimmy Kimmel caused quite a bit of a stir over a comment he made regarding conservatives’ intelligence.

It’s no secret that there are more liberal talk show hosts than conservatives. During an appearance at a “Pod Save America” event, Kimmel reportedly had a clear explanation for why.

“It just so happens that almost every talk show host is a liberal, and that’s because it requires a level of intelligence,” he said, according to a tweet from the event.

“It just so happens that almost every talk show host is a liberal and that’s because it requires a level of intelligence” – @jimmykimmel @PodSaveAmerica live pic.twitter.com/yNKbpzVNUp

Shapiro wasn’t the only one to take issue with the assertion. According to the Daily Caller, a few other political commenters made their displeasure known.

That moment when Jimmy Kimmel called half the country (and his potential audience) unintelligent. https://t.co/kfJsMs2AwT

Really? Because Kimmel's a host and is stupid enough to think political party is a proxy for intelligence.

How does this jibe with his Neanderthal misogyny on THE MAN SHOW? https://t.co/u2FCt8PAhD