President Trump’s most recent travel ban has been blocked by a federal judge in Hawaii, much to the president’s dismay. The ban was set to go into effect just hours after the judge’s decision.

Trump expressed his frustration over the decision during a Nashville rally.

Spicer quoted both the president as well as the legal statute that gave Trump authority over immigration.

Spicer also read a quote from the Department of Justice (DOJ) that also disagreed with the ruling to block the ban.

RELATED: “The View” erupted when the cohosts couldn’t agree about the intent of President Trump’s blocked travel ban

Spicer also explained the administration’s behind the new ban:

Sean Spicer on reason for Trump's travel ban: "The danger is real, and the law is clear" https://t.co/UYpqI3w42L https://t.co/LLTzkMfQkj

Reading a statement from the DOJ, Spicer said, “The danger is real, and the law is clear. The president was elected to change our broken immigration system.” 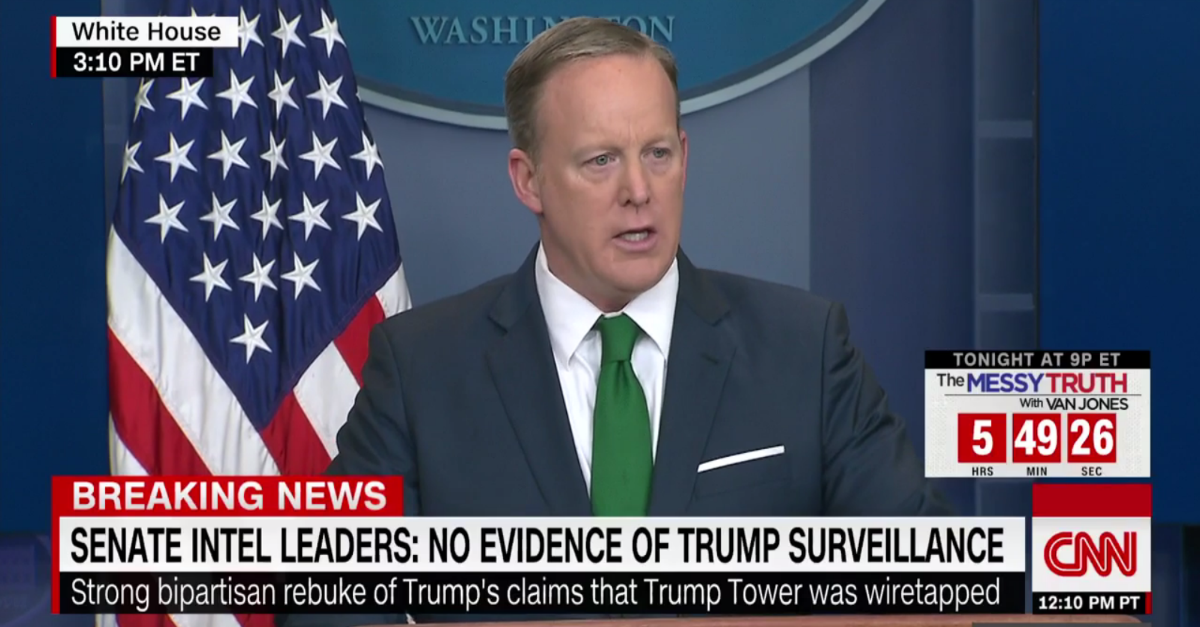