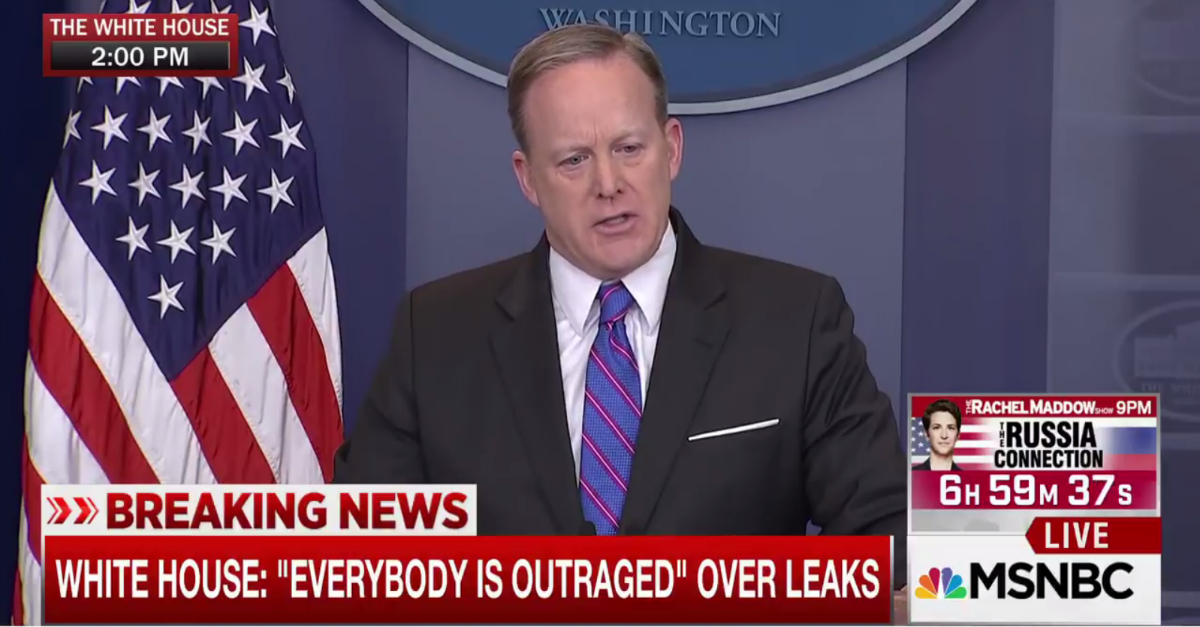 A recent WikiLeaks release revealed some disturbing allegations about the Central Intelligence Agency’s relationship with cyber warfare and the privacy of American citizens. The release also threw WikiLeaks back into the spotlight, causing a divide between those who support the transparency efforts and those who question the ethics of such leaks.

While on the campaign season, President Trump announced his “love” for WikiLeaks. In a statement last month, the president attempted to clarify a difference between releasing private thoughts in the John Podesta email release and releasing classified information.

During a Wednesday press briefing, White House Press Secretary Sean Spicer was asked to respond to the former statement:

Spicer responded, echoing to Trump’s February statement: “There is a big difference between disclosing John Podesta’s Gmail accounts about a back-and-forth and his undermining of Hillary Clinton and his thoughts on her on a personal nature and the leaking of classified information.”

“There is a massive, massive difference between those two things.”

Spicer said that he found it “interesting” that Democrats who were previously upset about the John Podesta email released remained largely silent now.