Menu
Follow us
Search
Menu
Search
WASHINGTON, DC - FEBRUARY 28: First lady Melania Trump arrives to a joint session of the U.S. Congress with U.S. President Donald Trump on February 28, 2017 in the House chamber of the U.S. Capitol in Washington, DC. Trump's first address to Congress is expected to focus on national security, tax and regulatory reform, the economy, and healthcare. (Photo by Chip Somodevilla/Getty Images)

As first lady Melania Trump walked into the chamber of the House of Representatives to hear her husband address a joint session of Congress, the crowd stood and cheered.

On Fox News, anchors cut their commentary and allowed the applause for the first lady to resonate to their audience. As the crowd in the chamber cheered, someone at Fox could be overheard on their microphone reacting to the Mrs. Trump’s appearance:

The hot mic moment was immediately caught by people on social media, who mused about how the anchor marveled at the first lady.

Some believed it was Fox anchor Brit Hume, while others put the blame on Tucker Carlson.

Did Brit Hume just say "WHOA!!!" when Melania Trump was introduced? If so, I understand because she looks totally stunning

Later in the evening, President Trump delivered an address that many believed to be the first defining moment of his presidency. The address focused heavily on his controversial immigration policies and included a viral moment with a military widow.

Carryn Owens, wife of fallen Navy SEAL Ryan Owens, appeared at the address and received an extended standing ovation from those in attendance. 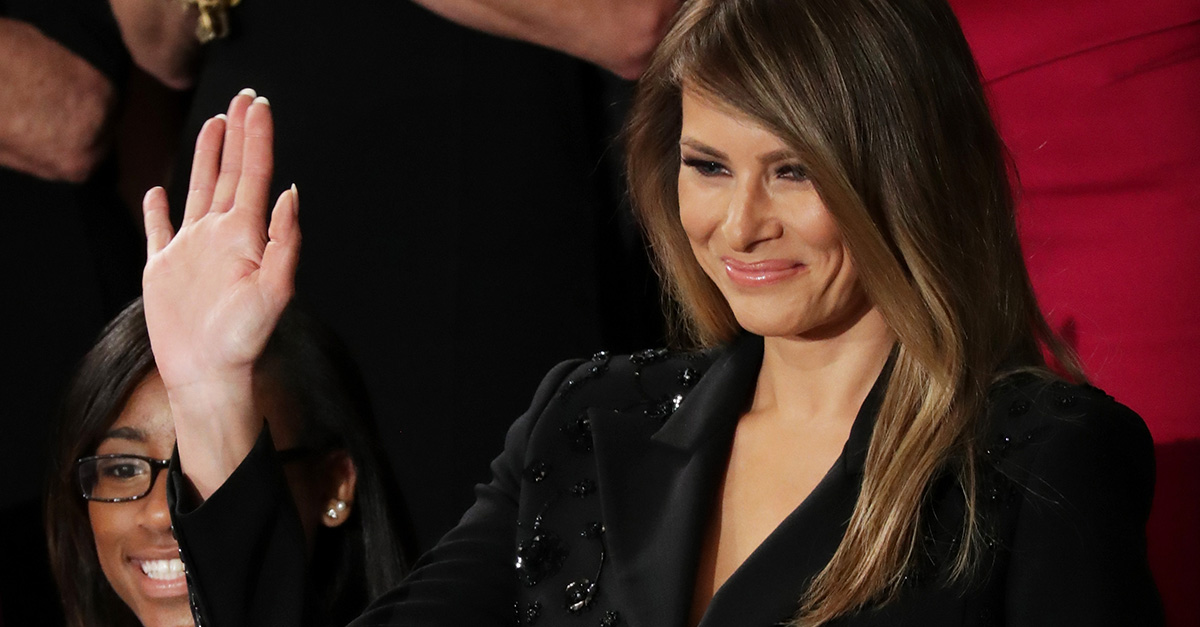