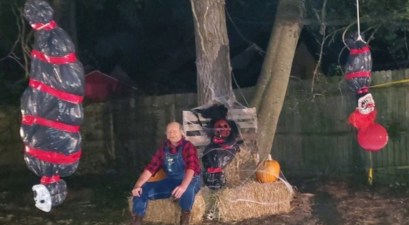 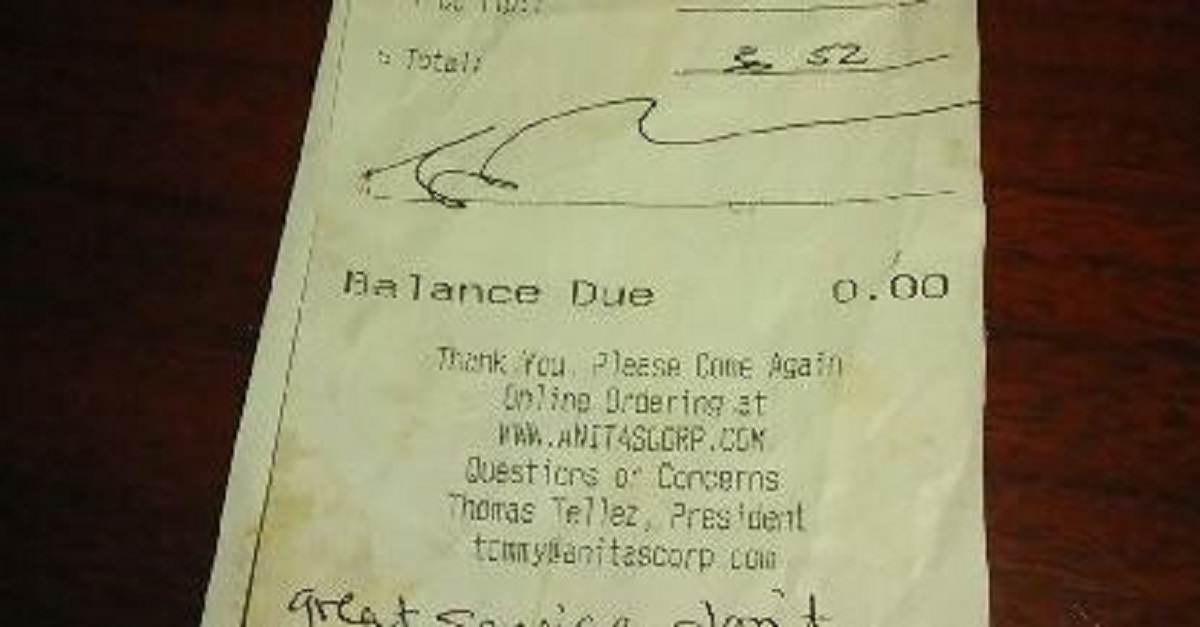 A waitress at Anita’s New Mexico Style Cafe in Ashburn, Va., was shocked to see what one customer wrote on the bottom of a bill — in lieu of tipping.

On Saturday morning, waitress Kelly Carter saw that “Great service don’t tip black people,” was written on the receipt, ABC7 reported.  A white man and woman, believed to be in their 20s, left the message.

Restaurant owner Tommy Tellez Sr., spoke to ABC7 about what was written and said Carter was a local employee.

“I’m appalled,” Tellez told ABC 7. “This is so disheartening.”

RELATED: A restaurant owner fired his own son after a customer noticed this written on his receipt

“She has a following,” he continued. “Her philosophy for customer service is way beyond the norm. And we’re really happy to have her.”

Carter told the station that there were no signs the man and woman were displeased with her, and that the woman told her she loved the potpie she ordered.

RELATED: What an 18-year-old waitress saw on a receipt had her grandpa’s blood boiling

Two regular customers of Carter’s saw her read what was written and uploaded a photo of the bill to Facebook.

Customers at Anita's restaurant in Ashburn on Saturday left without tipping & left this racist message. Hear from the waitress on @ABC7News. pic.twitter.com/r34M78LzJi

According to ABC7, the NAACP has gotten involved. Now, some customers are even requesting Carter as their server, stopping by to appreciate her service and give her cash. Carter believes that she recently saw the man who left the note, getting take-out.

Carter isn’t letting this incident get to her and showed up early the next morning for her shift. She even said that if the man and woman came back to eat, she would wait on them again.