The more days that pass the more we learn about the shocking details surrounding the murders of four young men lured to their deaths by two cousins cutting drug deals on a 90-acre farm property in Bucks County, Pa.

RELATED: Both men charged in the cold blooded murders of four men have told their disturbing stories

It was stunning enough that 20-year-old cousins Cosmo DiNardo and Sean Kratz reportedly used a backhoe on the property of the former’s parents to dig a grave for the “pig roaster” barrel in which the remains Jimi Tar Patrick, 19, Mark Sturgis, 22, Dean Finocchiaro, 18, and Tom Meo, 21, were burned and buried.

They were shot to death beforehand.

It was disturbing to learn that DiNardo has been institutionalized for mental issues in the past, is a schizophrenic and that he showed little remorse over text when people asked him why cops were searching his property for the four missing men.

“I mean I know the kid but yeah I feel bad for his parents,” DiNardo said of Finocchiaro. “He’s a pill-popping junky who had 2 duis […] He prob just jumped parole Or probation.”

But we now know that DiNardo, who has confessed, has had 30 run-ins with the law since he was 14, including an arrest for possessing a gun as recently as February. Kratz also has a history of three arrests for burglary and theft, all of which have happened since June 2016.

His most recent arrest was in January.

Between the two, the combination of drugs, mental illness, guns and robbery history escalated to the unthinkable.

RELATED: More gruesome details have been uncovered, and another arrest made, in the slaying of four Pennsylvania young men

DiNardo himself led authorities to Jimi Tar Patrick’s body and confessed to the murders to avoid the death penalty. He has been charged in all four murders, while Kratz has been charged for three. 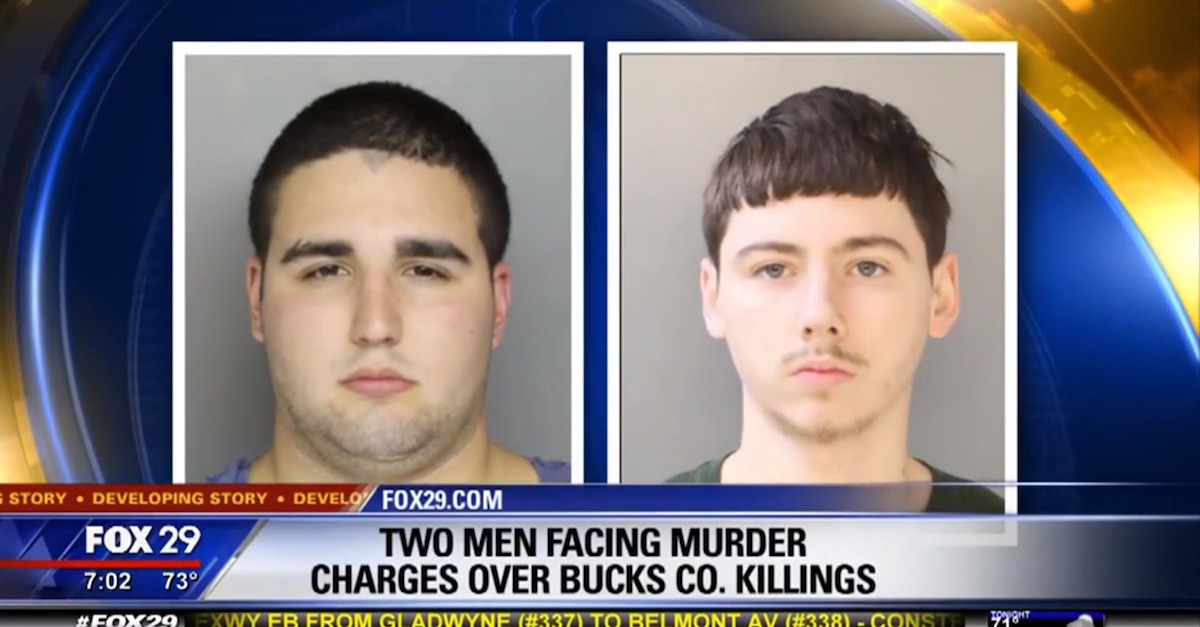