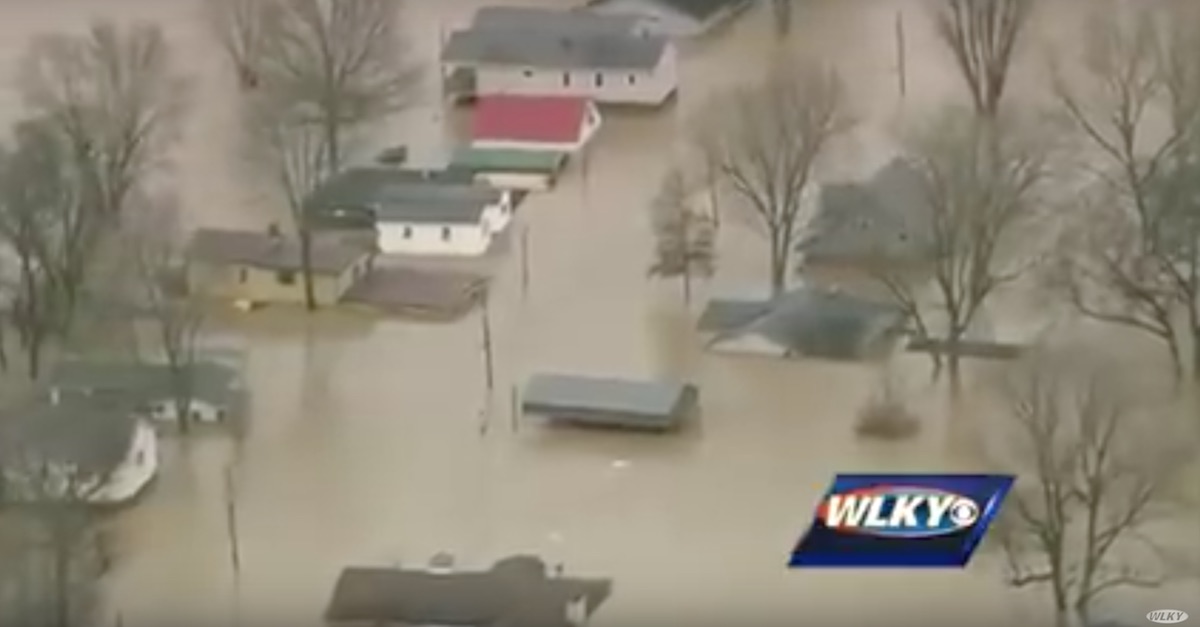 Following a week of rainfall, flooding and tornadic activity, Indiana, Ohio and Kentucky saw over the weekend what havoc a 60-foot Ohio River surge can cause.

The National Weather Service said the Ohio River crested in Cincinnati on Sunday around 60.5 feet, the highest level recorded there since 1997, when the river reached 64.7 feet, according to the Associated Press.

Flooding emergencies were declared in these three states over the weekend, but there have also been deadly consequences in others.

The Weather Channel reported that at least six people have been reported dead in flooding over the last week across Kentucky, Michigan, Oklahoma and Illinois. The Associated Press also reported the death of 83-year-old Arkansas man, who was killed when high winds tipped his trailer home and pushed it into a pond.

Parts of the South and Southwest have also been seriously affected by the heavy rainfall and ensuing floods.

Flooding rain has caused major problems across the Mississippi, Ohio and Tennessee Valleys. More rain is on the way – be #weatheraware Details on @foxandfriends pic.twitter.com/wJHVlA6rtU

Now pictures of the damage are circulating online, and it is alarming.

The Ohio River near Louisville, Kentucky, continued rising this past weekend, nearly breaking a record set in 1997. Drone footage caught the extent of the flooding along Louisville’s riverbanks. pic.twitter.com/9DHXEluk9z

Not a state road, but another example of the power of water. #TurnAroundDontDrown pic.twitter.com/jXzuAnN9mJ

We may sound like a broken record… #TurnAroundDontDrown isn’t just saying. As a driver you can’t see what’s under the flood waters. This is SR 65 Gibson County between SR 64 and SR 168 (Owensville) pic.twitter.com/9n8vQLhjFz

The road to nowhere!#Prayers for all those affecting by #flooding throughout Ohio. In some places it's really bad.#Weather #RoadtoNoWhere #RoadSafety pic.twitter.com/4rcWnUk9IF

Forecasters predict flooding will persist through the week in the Cincinnati region.

Meteorologist Kristen Cassady, in Wilmington, Ohio, said a couple of dry days will help, but rain expected later in the week could delay the receding of waters.

?It is slowly going down,? she said, adding that although no heavy rain is expected, even light rain would have an impact on the swollen river. The flood stage in the Cincinnati area is 52 feet, or 15.85 meters.

Damage assessment will prove to be a difficult to impossible task until the waters recedes.

?Floodwaters are a mess,? Hamilton County Commissioner Todd Portune said, urging patience as authorities try to determine the extent of damages. ?Until the water recedes, we simply will not know.?