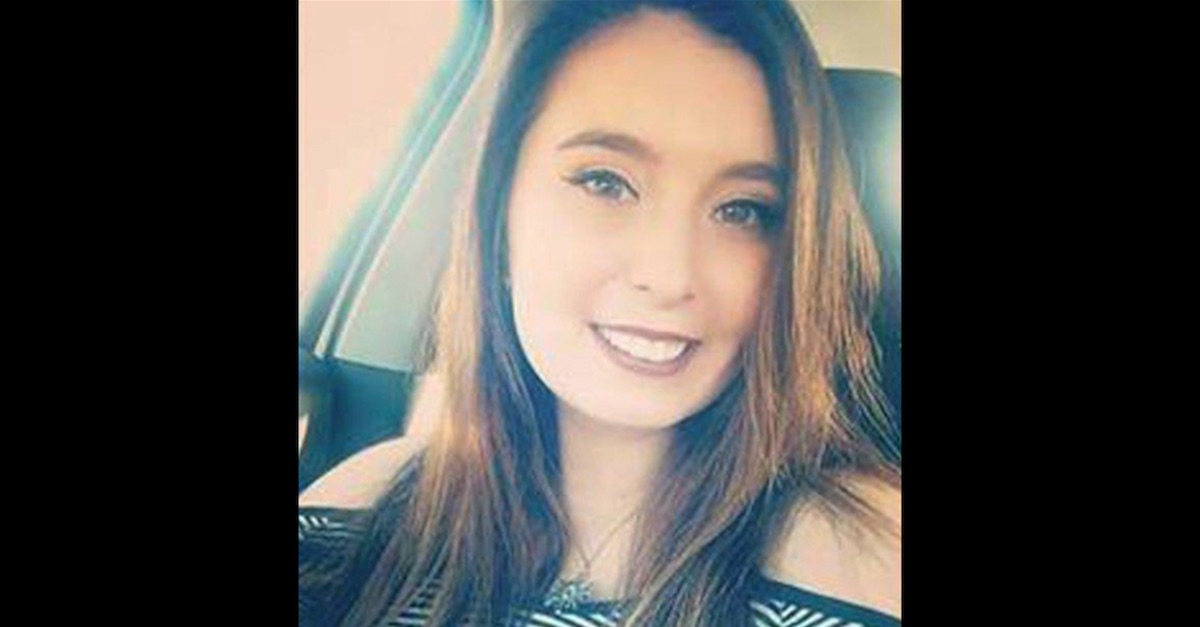 An eight-day search for a 22-year-old missing pregnant woman has come to a ghastly end, as kayakers in North Dakota discovered her body wrapped in plastic and hung on a log in the Red River.

Two of Savanna Greywind’s neighbors have been arrested in connection with her disappearance and are now charged with conspiracy to commit kidnapping.

According to the Star Tribune, Greywind’s parents told authorities that the last people she saw before disappearing on Aug. 19 were Brooke Crews, 38, and William Hoehn, 32. People reported that the pair lived in the same apartment building Greywind lived in with her parents and her 16-year-old brother.

Police executing a search warrant for the home of Crews and Hoehn found a 2-day-old baby girl at that residence and DNA testing proved that it is Greywind’s baby. Authorities are now considering the horrifying scenario that Crews and Hoehn were “womb raiders” and may have forcibly removed the baby, either by cutting it out of her or inducing labor.

RELATED: A touching reunion between a teenage girl and her birth mother took a deadly twist

WDAY reported that Greywind was due to give birth on Sept. 20 and had already decided with her long-time boyfriend, Ashton Matheny, to name the baby Haisley Jo.

My heart is absolutely broken for Savanna Greywind's family and friends. This should not have happened, my god