POTUS and FLOTUS flew to Houston on Saturday to meet with and serve the many Americans who have had to evacuate their homes because of Hurricane Harvey and take shelter.

One anecdote from the day put out there by an ABC reporter revealed that two women’s opinions of President Trump had changed for the better after meeting him in person, and there was a selfie to prove it.

Reporter Elix Michaelson shared the photo and quotes from both Likisha Collins and Shanna Miles.

Michaelson also shared a video of his interview with the two women.

“I had a different opinion of him, and now I think that he’s a wonderful man,” said Collins, and Miles added, “He’s a really cool dude when you get to meet him!”

Notably, Michaelson was criticized on social media for sharing a positive reaction — “[The women] found him to be kind and reassuring” — to the president’s visit.

Here was his response:

RELATED: Texas man buys a billboard to deliver a Texas-sized message about Donald Trump and the media 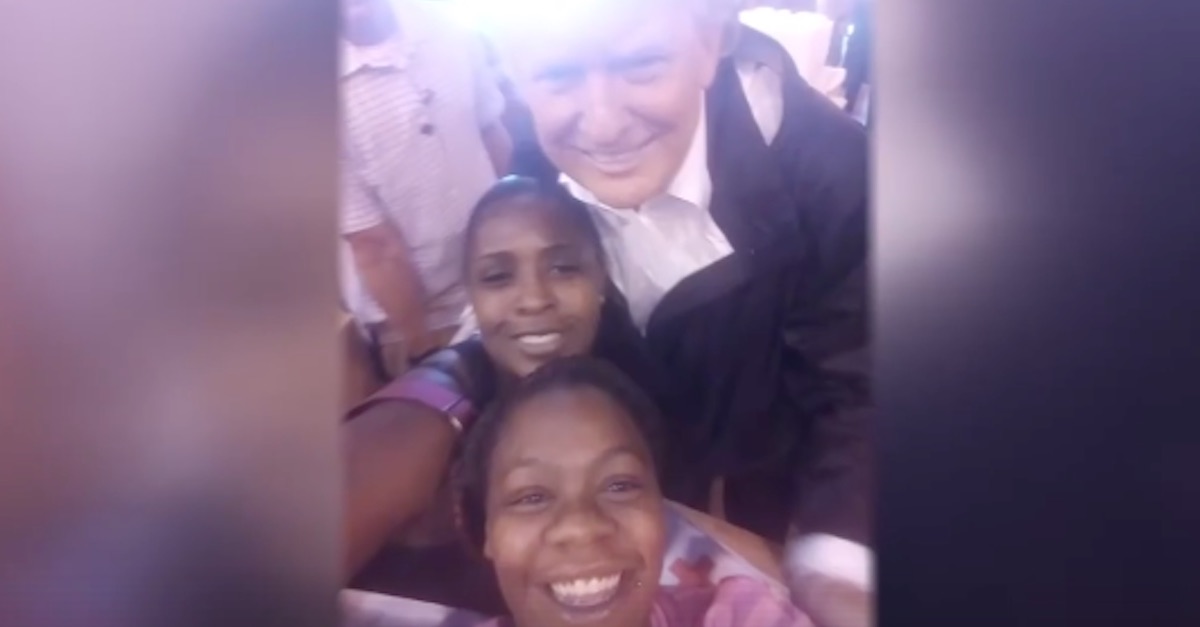