The Seven Sisters Will Illuminate the Night Sky on Halloween 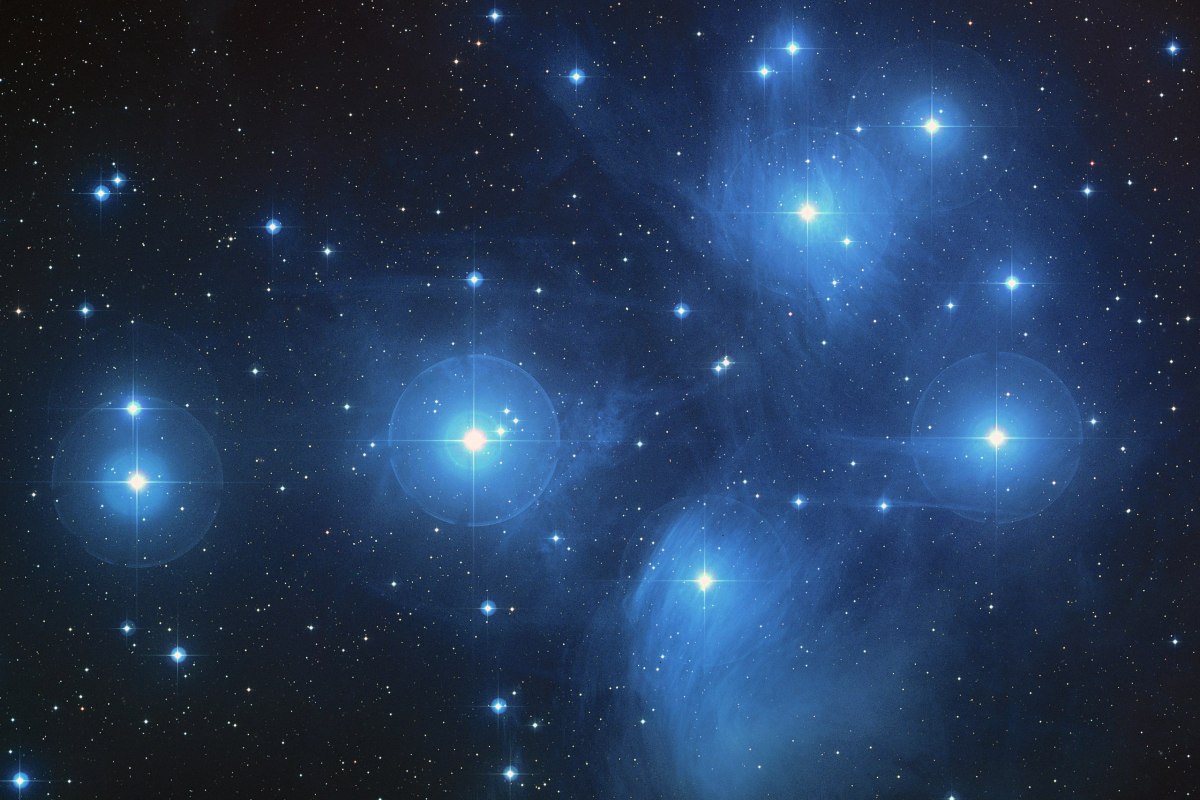 It’s looking to be a bright witching hour on Halloween this year. Grab your telescopes (or even your naked eye) and look up towards the sky on October 31st for a chance to see The Seven Sisters light up the sky. It’s an annual autumn tradition and the conditions are looking perfect for a view of the Pleiades. And that’s not all, the annual Taurid meteor shower will be hitting it’s peak as well on Halloween, making this spooky holiday the perfect night to go stargazing.

Meet the Seven Sisters, also known as the Pleiades. This open star cluster is one of the nearest star clusters to earth and because of that, the bright stars are easily seen without a telescope or binoculars. However, closest to earth still means the stars are on average 444 light years away. A bit of a long trip if you ask me.

You can find the star cluster by finding Orion’s belt and slowly making your way up to the Taurus constellation. Using an unaided eye you may see the stars from dusk to dawn.

The Pleiades cluster features hot blue luminescent stars. While the stars are beautiful to gaze at, it wasn’t always the case, in fact, in ancient times the stars were looked upon as sinister and strange. Their name comes from the Ancient Greek, most likely derived from the Greek word, “plein” meaning “to sail”. In Greek mythology, the name Pleiades depicts seven divine sisters who were daughters of Pleione.

In other cultures, like in Japan, the stars are named Subaru (doesn’t the logo make a lot more sense now?).

However it is named, the Pleiades star cluster consists of the following seven sister stars plus the addition of two parent stars, Atlas and Plein. Here are each of the stars according to mythology:

While looking up at the brightest stars, take a moment to adjust your eyes and look for some that may be falling. The annual Taurid meteor shower will be active on Halloween as well with about seven shooting stars an hour.

Watch: 10 Country Stars Who are Veterans