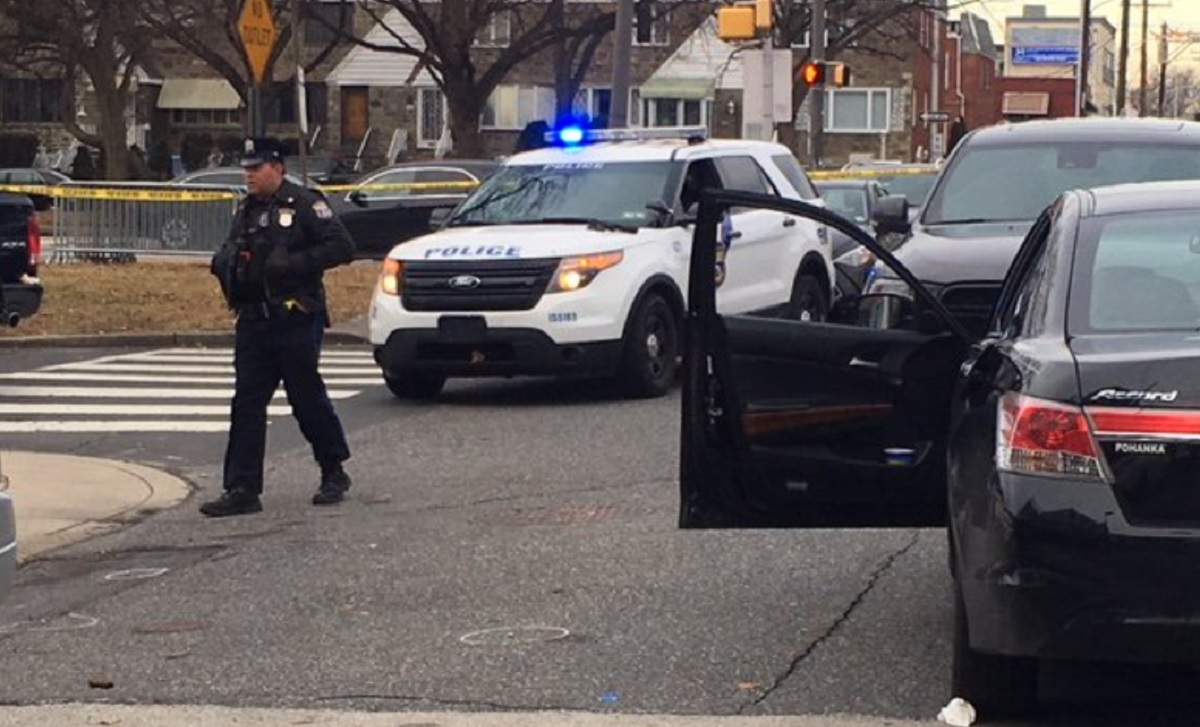 The incident unfolded early this morning on in South Philadelphia at the intersection of Broad Street and Bigler Street.

According to Philadelphia police, dispatchers received a call that the driver of this black Honda Accord with Maryland tags — who has not been identified at this time — had run over one pedestrian and was reportedly looking to hit and injure more.

A driver described as a “concerned citizen” used their SUV to ram and block the driver before doing additional harm. The incident caught the attention of a nearby off-duty detective with the Major Crimes Division, who responded to the scene, according to CBS Philadelphia.

The off-duty detective allegedly confronted the driver, who got out of his car. The attacker — described as 6 feet 1 inches and 250 pounds, and holding a Virginia driver’s license — began attacking the detective who responded to the scene. Once attacked, police say their detective drew his service weapon and shot the man in the head.

Authorities are not identifying the alleged driver, who is now reported to have died at a Philadelphia hospital, per Philadelphia police.

A pedestrian allegedly hit by the driver remains hospitalized in serious condition but is expected to survive their injuries stemming from the incident. The Broad Street pedestrian was allegedly hit with such force that they went onto the hood and windshield of the Honda named in the incident and pictured here.

While police have not released a motive at this time — and are not speculating — the attack is similar to vehicular attacks in the United States and Europe. In October, 29-year-old Uzbek national Sayfullo Saipov used a rented truck to run over people walking and biking on a path in New York City. Eight people died in that attack.