While President Donald Trump and his administration have been under fire from the media for their many missteps in recent weeks, the Trump family businesses are reportedly profiting from his presidency.

According to CNBC, the “grab your wallet” campaign succeeded in hurting Ivanka Trump merchandise sales in January when their sales dropped by 26 percent as compared to the previous January, but sales reversed course and jumped, by a large margin, in February.

According to Slice Intelligence, online sales of Ivanka Trump merchandise swelled 207 percent in February from the prior month.

According to an analysis of email receipts by Slice Intelligence from a panel of 4.4 million online shoppers, online sales of Ivanka Trump merchandise in February surged on Amazon, pushing the website from being the fourth largest seller of the brand to the first, replacing Nordstrom, which previously held that spot.

Trump’s golf empire has also seen increased success. The New York Times reported Eric Trump, who is the executive vice president of the Trump Organization, as saying, “The stars have all aligned. I think our brand is the hottest it has ever been.”

It also probably didn’t hurt his golf empire when then President-elect Trump was featured on the cover of Golf Digest with the headline “Golfer in Chief” emblazoned across the front. When the cover was released, Eric tweeted out a picture of the cover, thanking the publication for the “incredible feature.”

Even though President Trump has said he handed over control of his businesses to his sons, some people have questioned the ethics behind Trump’s businesses profiting from his presidency. Eric dismissed that idea by pointing to the increased economic success that Crawford, Texas, enjoyed due to former President Bush’s frequent trips his ranch, telling The New York Times, “Bush arguably brought name recognition to Crawford, Texas. He also pointed to the fact the “American people elected a businessman” and that the golf courses are his “home.” The fact that they earn him profit is secondary, he asserted to the Times.

However, Bush and his family didn’t stand to profit directly from Crawford’s increased economic success. The Trump family, on the other hand, does stand to profit from their brand’s increased visibility due to its original spokesperson holding the highest public office in the United States. 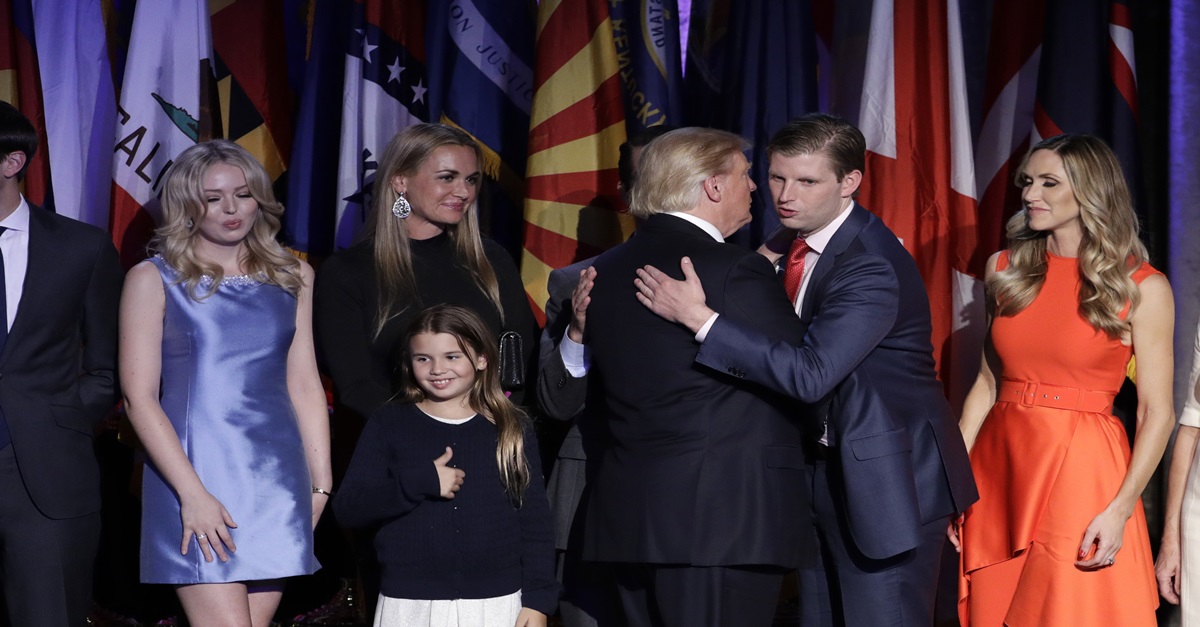