But, words aside, the U.S. Air Force’s B-1 Lancer bombers have taken to the skies to send a message of their own.

Two of the bombers flew to the Korean Peninsula as part of a 10-hour training mission involving fighter jets from South Korea and Japan.

See what this bomber looks like in action below.

“North Korea’s actions are a threat to our allies, partners and homeland. Let me be clear: If called upon we are trained, equipped and ready to unleash the full lethal capability of our allied air forces,” he said.

President Donald Trump on Saturday in Germany and the G-20 summit met with Chinese President Xi Jinping and said the North Korea problem would be solved “one way or the other.”

This comes after another statement by the president that “some pretty severe things” could be in North Korea’s future. 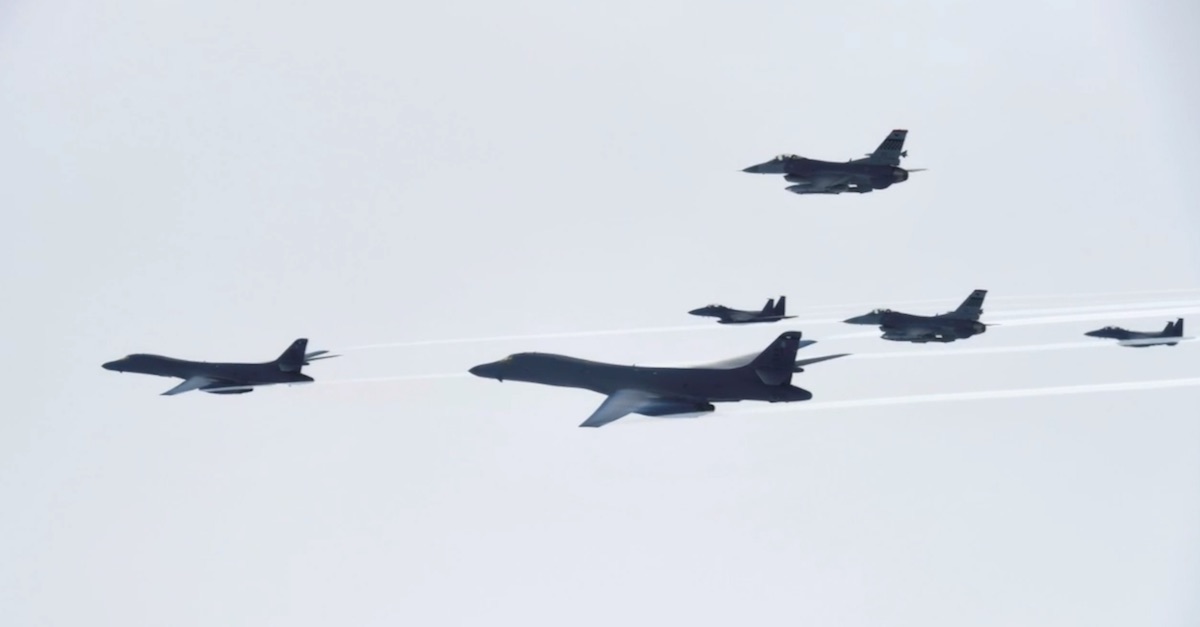