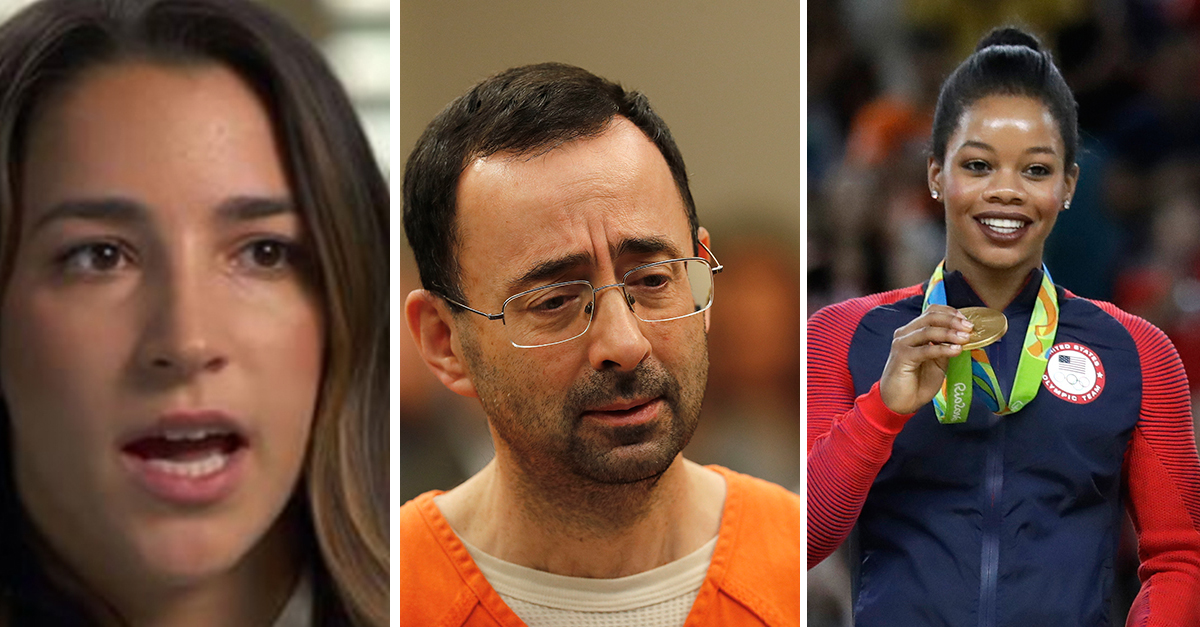 A judge has sentenced a Michigan sports doctor to 60 years in federal prison for child pornography crimes, one of three criminal cases against a man who also admits assaulting female gymnasts.

RELATED: Aly Raisman reaches out to Team USA member Gabby Douglas after she comes forward with allegations against the team doctor

Neff says the 54-year-old Nassar “should never again have access to children.”

In January, he will be sentenced for the cases related to his molestation of former gymnasts in his care.