An 18-year-old man from Pennsylvania who in Feb. 2015 shot and killed 16-year-old Ryan Mangan and then Snapchatted a smiling selfie with his body has been found guilty of third-degree murder. He faces up to 40 years behind bars.

Maxwell Morton, who tearfully called Mangan his “best friend” in courtroom testimony, claimed that the shooting was an accident.

“Clip wasn’t in. I just wanted it to go click. I pulled the trigger, and the gun went off,” he said. He also described himself as “a chill kind of guy.”

The remorseful testimony and claim of an accident didn’t mesh with the Snapchat selfie taken after the shooting.

Morton’s attorney admitted that the selfie was problematic for the defense.

“It was a difficult case because of what he did afterwards, in terms of the selfie and all of the other stuff,” Pat Thomassey said. “I give the jury credit. I think they came to a reasonable conclusion based upon all of the evidence they saw.”

According to WTAE, Morton said that he and Mangan were pretending to be rappers when Mangan pulled out a gun and waved it around.

Morton claimed that the “clip” (sic) was not in the handgun, and he thought it wasn’t loaded. He said that when he pulled the trigger and hit Mangan in the face he didn’t notify parents or authorities because he was afraid.

This testimony, again, didn’t match up with the casual selfie.

Nor did it match up with what Westmoreland County Detective James Williams said of it.

“He had a little smirk on his face and said, ‘I didn’t really care either,'” he said.

Although Morton was initially charged with first-degree murder, a Westmoreland County jury convicted him on a lesser charge of third-degree murder, which nonetheless could land him behind bars for a maximum of 40 years.

Forensic pathologist Dr. Cyril Hecht testified that if Morton had called for help Mangan might have survived, the New York Daily News reported.

Morton sent the selfie to another teen in Wisconsin. That teen’s mother reported the selfie to police, quickly leading them to Morton.

RELATED: A man’s daughter was abducted by a Snapchat predator, and he wants to make sure it doesn’t happen to someone else

Morton will be sentenced in May. 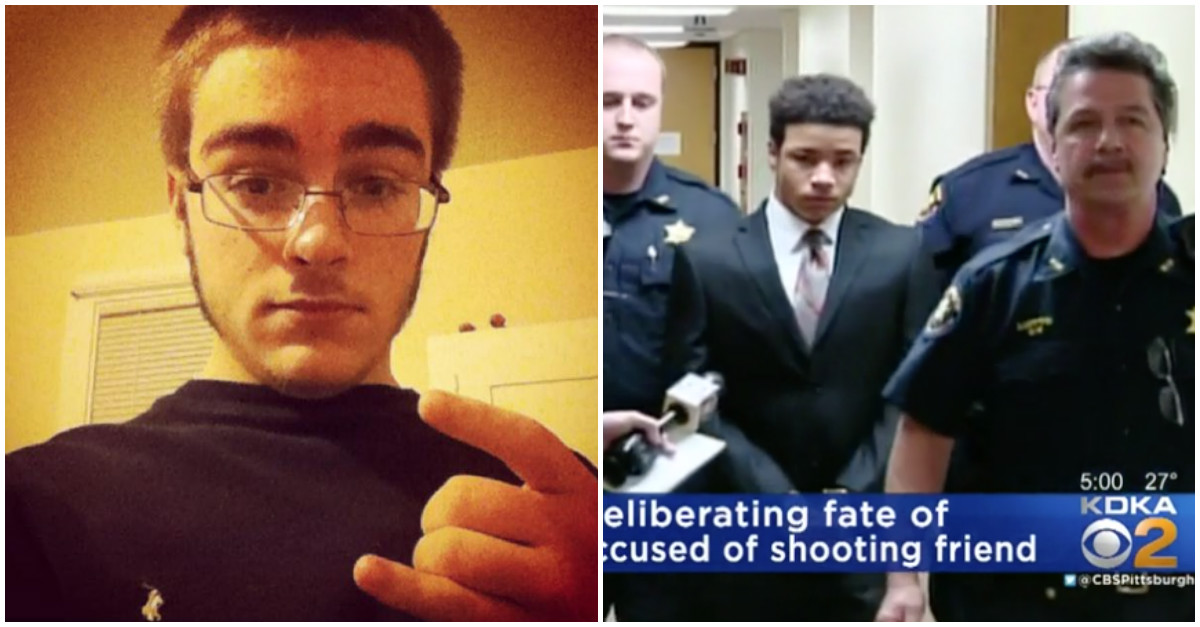