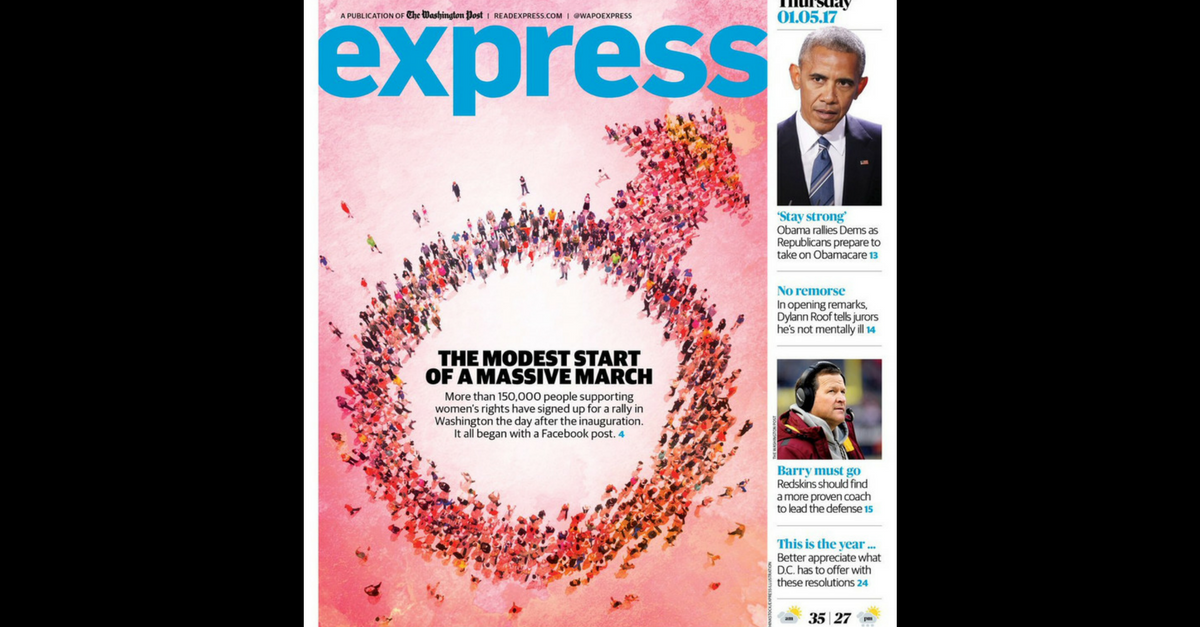 RELATED: Hillary Clinton made a shocking announcement about the inauguration that could help bring the nation together

Needless to say, the mistake, which made their reporting on a march about women inadvertently about men, didn’t go unnoticed by the internet.

Listen, everybody makes mistakes. But perhaps this is a sign that @WaPoExpress needs to hire more women in the art dept. ♀ pic.twitter.com/GDHYN5xuy7

@JessicaValenti @WaPoExpress maybe its meant to be satirical? Being a woman in a man's world type of thing? Probably not.

how many women do you think @WaPoExpress has on its edit team?

The Washington Post Express quickly realized their error and “manned up” to it, replacing the cover with a new one, this time portraying the correct symbol.

This is how the cover should have looked. We apologize for the mistake. pic.twitter.com/MKKOkHPV8T

While their new tweet received many “thank you” replies, some Twitter users are still cracking jokes about the mix-up.

Which North Carolina bathroom would today's Washington Post be allowed into? https://t.co/5R5uviqaAX