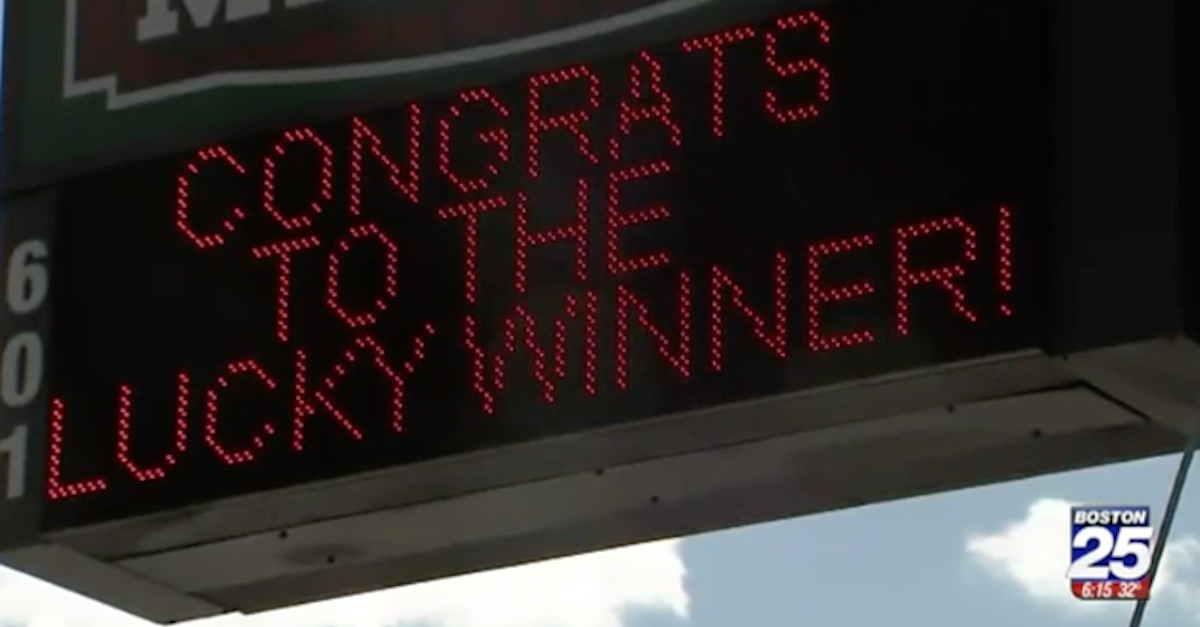 In a bizarre twist, a New Hampshire woman who won a $559 million Powerball jackpot has her regrets, believing she made a “huge mistake.”

Although the woman isn’t mad that she won — who would be? — she is mad that she signed away her privacy, and has filed a complaint to protect her identity.

She contends that she wouldn’t have signed her winning ticket, thereby agreeing to reveal her identity according to state law, if she knew she could have written the name of a trust.

The woman, identified as Jane Doe, filed a complaint last week in Hillsborough Superior Court in Nashua saying she signed the back of the ticket following the Jan. 6 drawing, the nation’s eighth-largest lottery jackpot. She thought she was required to do so as directed by information on the state lottery commission’s website.

Under New Hampshire law, a lottery winner’s name, town and prize amount are public information. But after the woman contacted a lawyer, she learned that she could have shielded her identity by instead writing the name of a trust.

The woman hasn’t turned in her ticket yet, but she showed lottery officials a photocopy of the front. She said lottery officials told her they would be compelled to disclose her identity if someone filed a Right to Know request. Her lawyers argue her privacy interest outweighs the insignificant public interest in disclosing her name.

“While we respect this player’s desire to remain anonymous, state statutes and lottery rules clearly dictate protocols,” New Hampshire Lottery Executive Director Charlie McIntyre said in a statement. Lottery officials consulted with state lawyers and said they must process the winning ticket “like any other,” he said.

The woman described herself as a life-long New Hampshire resident and “engaged community member.”

RELATED: TV psychologist warns Powerball winner about depression ? here?s a look at winners who lost it all

“She wishes to continue this work and the freedom to walk into a grocery store or attend public events without being known or targeted as the winner of a half-billion dollars,” the complaint said. “She wishes to remain in New Hampshire and give back to the state and community that has given so much to her.”

The filing says she has set up a trust and plans to contribute a portion of her winnings to charity.