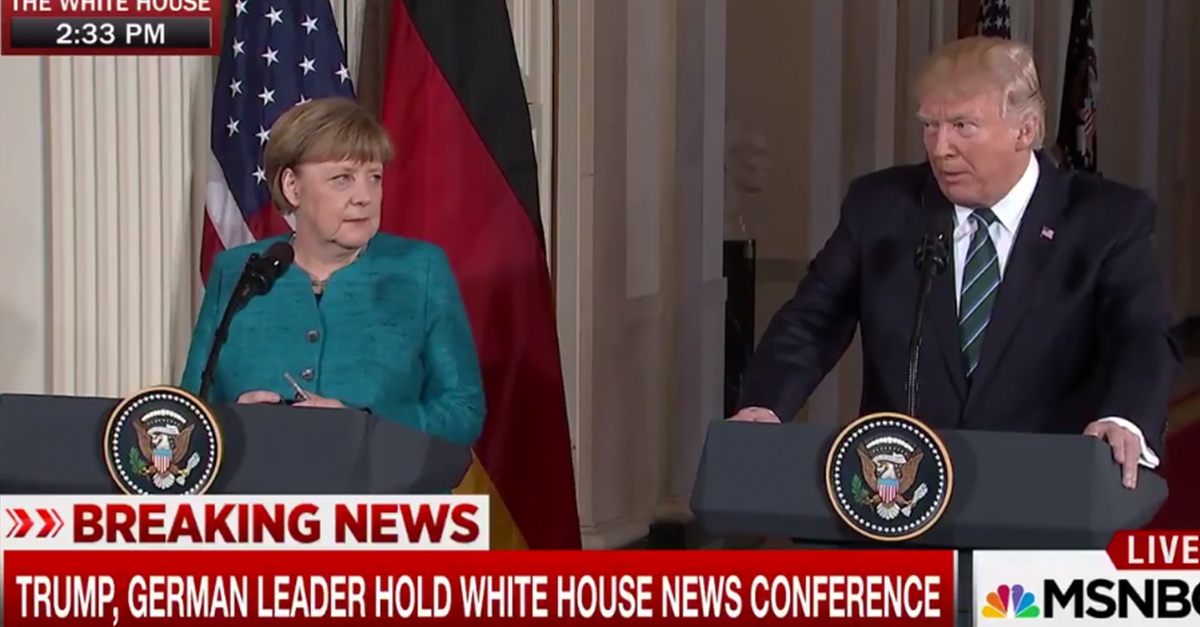 In 2013, it was revealed that German Chancellor Angela Merkel had her private cell phone surveilled by members of the United States intelligence agencies. President Donald Trump brought up that unfortunate moment in American history Friday during a press conference with the chancellor in Washington, D.C.

Over the last few weeks, the Trump administration has danced around the president’s own debunked claims that he was wiretapped by the previous administration while he was running for president.

When asked if he wanted to talk back those claims, or recent claims that he had been surveilled by British intelligence, Trump referenced the Obama administration’s surveillance of Merkel.

“As far as wiretapping by this past administration, at least we have something in common perhaps,” Trump said.

Despite claims from British intelligence that they never spied on the president, President Trump didn’t deflect the claim.

Trump deferred questions about whether he was surveilled by British intelligence to Fox News talking head, Judge Andrew Napolitano.