CORRECTION: There is absolutely some doubt about it now. Since this story was published, the facts have changed significantly. Brazilian police now believe the story was fabricated as a cover up for damage US Swimmers caused to a Rio de Janeiro gas station. Read the latest on the incident here.

First it was reported that Team USA swimmer Ryan Lochte, 32, was robbed at gunpoint in Rio on Saturday night, and that his mother was the source of the information. Then the International Olympic Committee (IOC) said the reports were “absolutely not true.”

Well, here’s what Ryan Lochte had to say: it happened.

NBC News has learned that U.S. swimmers Ryan Lochte, Gunnar Bentz, Jack Conger and Jimmy Feign were all in a taxi heading for the Olympic Village when the car was stopped by men posing as armed police.

Lochte said this refusal led to a gun being cocked and aimed at his forehead.

“And then the guy pulled out his gun, he cocked it, put it to my forehead and he said, ‘Get down,’ and I put my hands up, I was like ‘whatever.’ He took our money, he took my wallet — he left my cell phone, he left my credentials,” he said.

BREAKING: IOC spokesman: Report that swimmer Lochte robbed at gunpoint 'absolutely not true,' according to Lochte and USOC.

According to four members of the U.S. Olympic Swimming Team (Gunnar Bentz, Jack Conger, Jimmy Feigen and Ryan Lochte), they left France House early Sunday morning in a taxi headed for the Olympic Village. Their taxi was stopped by individuals posing as armed police officers who demanded the athletes’ money and other personal belongings. All four athletes are safe and cooperating with authorities.

Just yesterday, Lochte was hanging out and having a good time with the likes of Hollywood star Matthew McConaughey and fellow U.S. Olympian Shaun White. 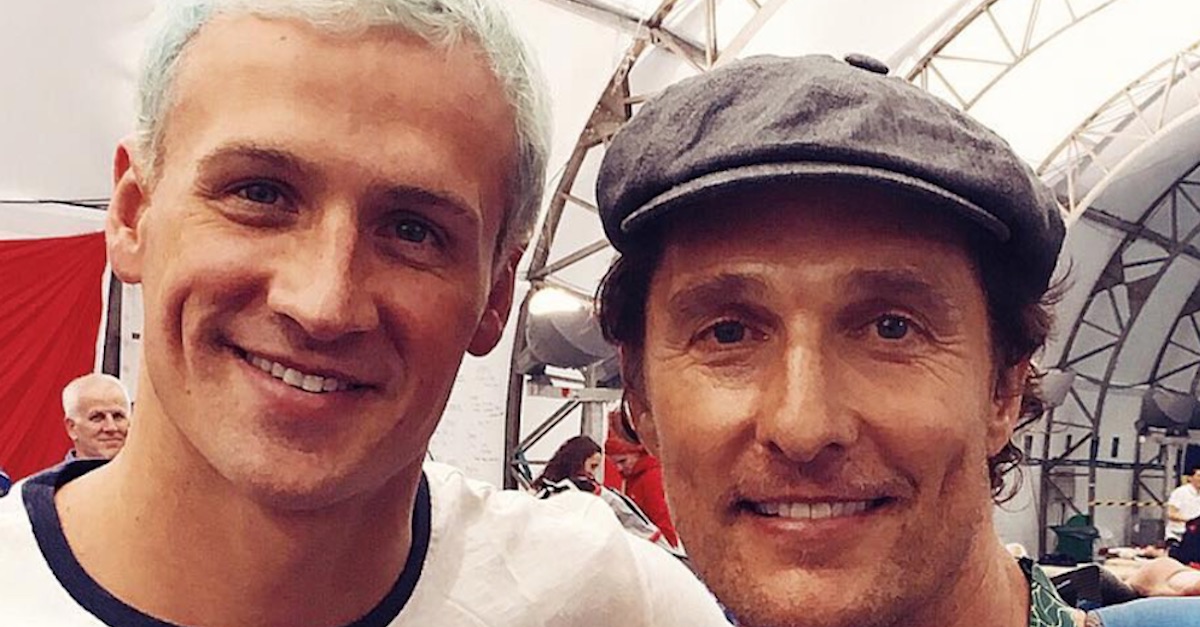