They posed for photos before prom, but it’s what’s going on in the background that’s beyond crazy 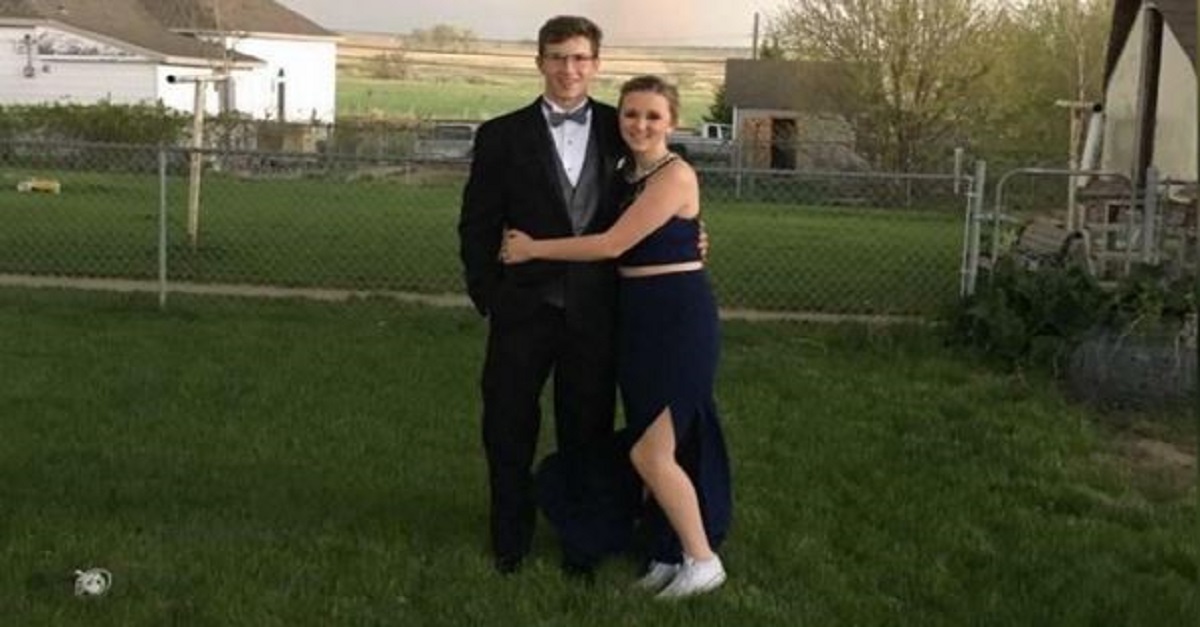 This is one prom photo that will stand out among the rest.

Ali Marintzer and her boyfriend Charlie Bator were getting ready for their prom at Wray High School in Wray, Colo., on Saturday when a huge twister was spotted in the distance. As they posed for photos, the tornado was about three miles away, according to reports.

RELATED: Check out this terrifying footage of a tornado ripping through Colorado

RELATED: A powerful tornado didn’t stop one pup from doing the day’s yard work in the most hilarious way possible

Marintzer even shared a selfie with the massive tornado in the background on Snapchat.

Marintzer told Denver7 that prom was delayed for about 45 minutes.