This coach is accused of raping a 13-year-old student, and he has the worst name for the situation 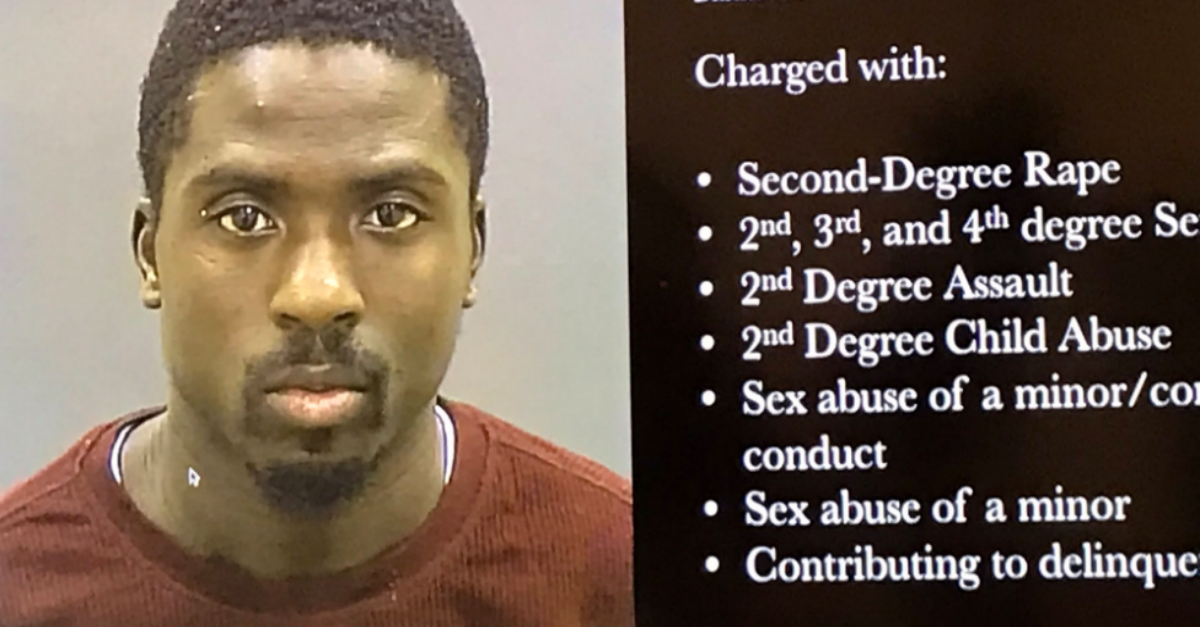 A 26-year-old Baltimore City coach and hall monitor was arrested at his house on Wednesday and charged with the second-degree rape of a 13-year-old student. Police say that Carl Trusty is being held without bail, and the Baltimore Sun reported that no attorney is listed as Trusty’s counsel on court records.

RELATED: A Florida public school teacher’s eyebrow-raising assignment has her out of a job

Police spokesman T.J. Smith announced that Trusty will face a number of charges, including third-degree sexual assault, sexual abuse of a minor and second-degree assault. Smith said that authorities learned of Trusty’s alleged behavior on April 7, when they were tipped off by school police. The Sun reported that police were then able to “gather evidence of illegal sexual activity between the two, including at the school, possibly as far back as late 2016.” In a press conference, the spokesman said that “the suspect had what’s being described as a ‘consensual relationship’ […] a 13-year-old girl cannot consent to a sexual relationship with an adult. That’s a crime. We shouldn’t have to reiterate that, but we need to reiterate that.”

A spokesperson for the schools told the Sun that a “top priority is the safety and well-being of students, and the district is cooperating fully with the Baltimore Police Department in its investigation.” She also noted that Trusty is not employed by the school district — he worked for an organization called “NewFit Kids” that the schools contracted out.

RELATED: Drunk and in need of waffles, a Florida teacher let a 14-year-old take the wheel

According to their website, “NewFit Kids” was founded (and is owned) by a former physical education teacher who worked in the Baltimore city school system until 2012. The organization boasts that they have reached “over 3,000 children” and provides opportunities for children in grades 3-8. “NewFit Kids” also hosts two summer camps. A preliminary hearing is scheduled for May 9.