The U.S. Department of Justice announced Thursday that Princess Cruise Lines pleaded guilty to seven felony charges after the cruise line was accused of dumping waste into the ocean and intentionally aiming to cover up the action.

Princess Cruise Lines, under parent company Carvinal Cruise Line, must pay a $40 million penalty, the largest-ever criminal penalty for deliberate vessel pollution, according to the DOJ.

In a statement released to TravelPulse, Princess Cruises “accepted responsibility” for illegally dumping oil and waste from the Caribbean Princess cruise ship. The company admitted its employees “not only broke company policies,” but also “violated environmental law.”

“We are extremely disappointed about the inexcusable actions of our employees,” the company said in the statement. “This settlement clearly shows that we fell short on our commitment to the environment, and for this we are very sorry and we take full responsibility.”

According to CBS News, a whistleblower first alerted investigators of the illegal dumping in 2013. The informant, a former engineer on the Caribbean Princess ship, said he observed more than 4,000 gallons of water contaminated with food particles, grease and fat, among other material, discharged into the ocean, The New York Times reported. Officials said one motive for the dumping was to save money, as removing waste from ships at ports is costly.

“Our open seas are not dumping grounds for waste,” Miami U.S. Attorney Wilfredo Ferrer said. “There was a campaign of obstruction in an effort to hide the deliberate pollution of our seas with oily waste.”

Princess Cruises released an official statement on the company’s website, saying: “The marine environment is incredibly important to us, and we are using this experience to further improve our operations. Princess Cruises stands committed to environmental practices that protect our oceans.”

Read more at the Times and at the Department of Justice. 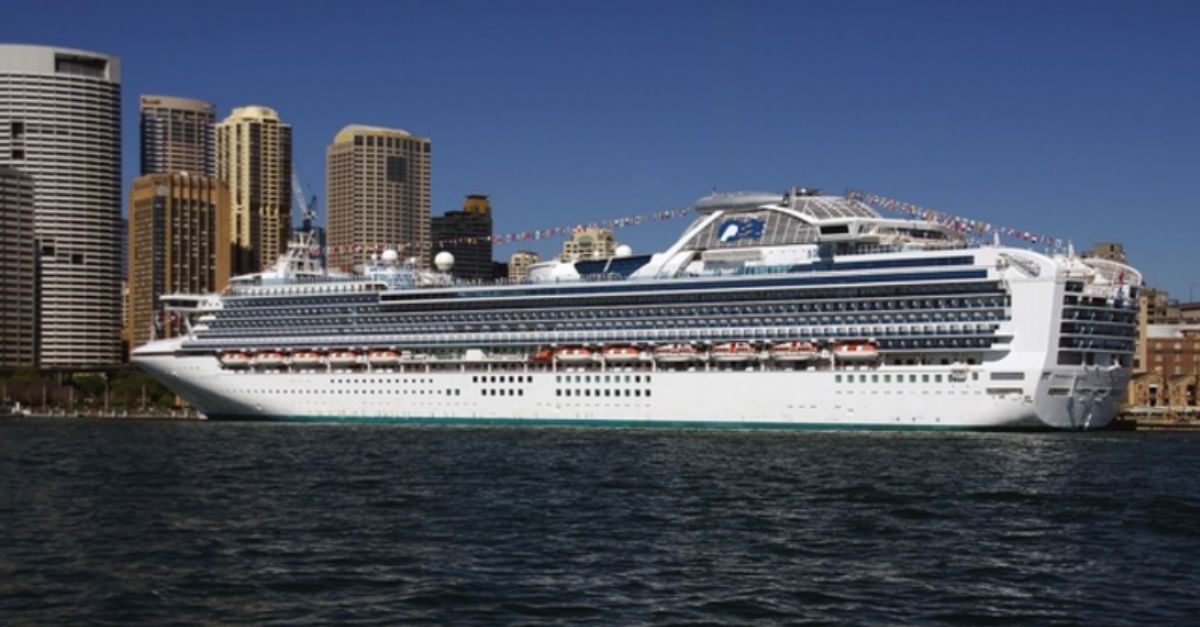