A Tennessee father who says a defective guardrail caused his 17-year-old daughter’s death has bought a 30-second ad during Sunday’s Super Bowl pre-game coverage in hopes of getting President Donald Trump’s attention.

Ad slots cost $5 million during the game on NBC, but Steve Eimers made a more targeted purchase. Figuring Trump will spend the weekend at his Mar-a-Lago estate in Palm Beach, Eimers spent $1,000 to buy 30 seconds on the West Palm Beach NBC affiliate, WPTV Channel 5, to run sometime Sunday afternoon during pregame programming.

“I am shooting for the moon,” said Eimers, whose daughter was killed in 2016. “I’m counting on him being at Mar-a-Lago. It’s worth the shot for me.”

RELATED: A new billboard went up near Mar-a-Lago, and it probably won’t make President Trump happy

In the ad, which was shot by friends of his late daughter, Hannah Eimers, Steve Eimers refers to a recent Wall Street Journal article that says Trump voiced concerns about guardrail safety during a White House discussion of his $1.5 trillion infrastructure proposal.

The ad shows dashcam footage of a car — not his daughter’s — running off a highway and being impaled by a guardrail as Eimers concludes: “I would love to talk with you about infrastructure investment, highway safety and my concerns with the Federal Highway Administration of the United States. Thank you.”

The guardrail manufacturer singled out by Eimers, Lindsay Transportation Solutions, is the defendant in lawsuits filed by Eimers and others by West Palm Beach attorney Ted Leopold.

Lindsay defended its product in a statement to The Palm Beach Post.

“While X-LITE has successfully passed crash and safety tests in accordance with Federal standards, there is no road safety equipment that can prevent injury every time a driver fails to stay on the road,” the company said. “Lindsay continues to work collaboratively with road safety stakeholders on national initiatives to enhance safety on America’s roadways.”

On a website addressing concerns about X-LITE, the company says: “A variety of factors contribute to the severity of an impact. These include: speed; the angle at which a vehicle makes impact; road conditions; driver impairment; and whether or not the equipment was installed and maintained correctly.”

Modern guardrail ends, whether from Lindsay or other manufacturers, are designed to absorb the impact of an automobile by telescoping or crumpling like an accordion rather than acting like a spear and piercing the vehicle.

In Hannah Eimers’ case, when her car hit the guardrail end, the guardrail penetrated the driver’s side door, hit her and punctured “all the way through into the rear passenger side door,” according to the lawsuit filed by her father in McMinn County Circuit Court in Tennessee. A Tennessee Highway Patrol report said the guardrail pushed her into the back seat, according to a WBIR-TV, Channel 10 report from Knoxville, Tenn.

RELATED: A car somehow ended up on the second floor of a dental office, and the driver was allegedly sky-high

In Florida, four different X-LITE guardrail ends are approved for use by the state Department of Transportation. The department said it has identified 126 of the guardrail ends in the state, and it is reviewing emails sent by Eimers about them.

Eimers, 42, is a former nurse who now owns a window-washing business. He has nine other children. Hannah, who was his oldest, got a high school diploma at 15 and was enrolled in a community college when she was killed.

“It’s a crazy existence that I have stumbled into,” said Eimers, who has talked to congressional staffers in Washington, D.C., and officials from other states to try to get them to not only stop approving new X-LITE guardrail ends but replace existing ones.

Of his effort to raise the issue with Trump via a local TV ad, Eimers said, “I call it guerrilla marketing, just asymmetrical marketing.” 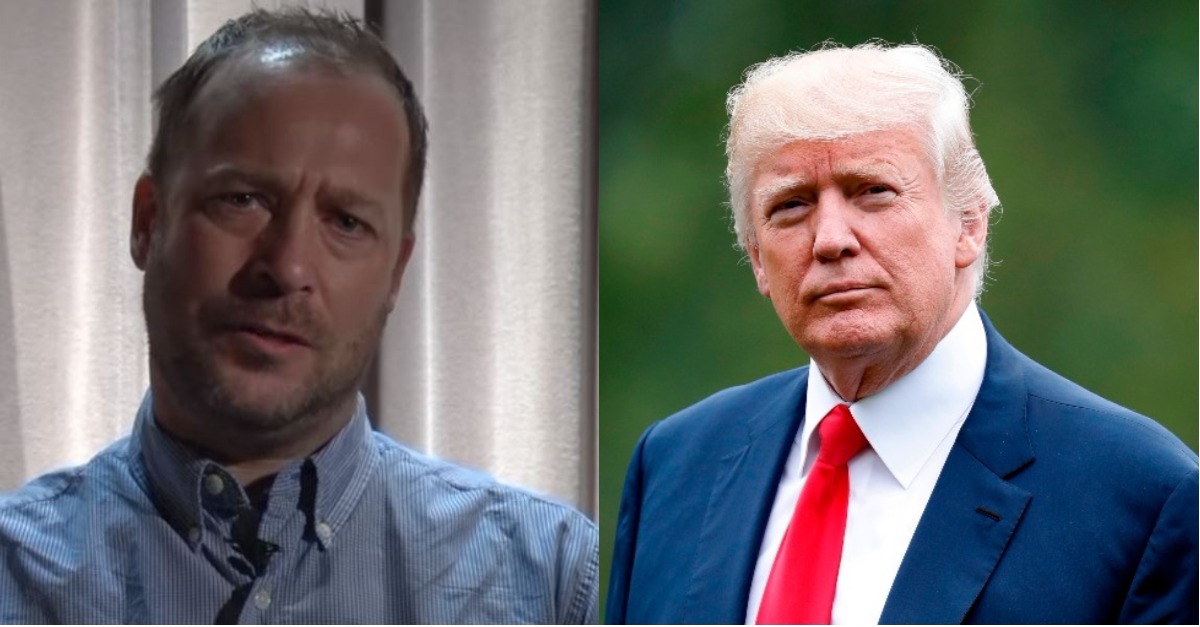