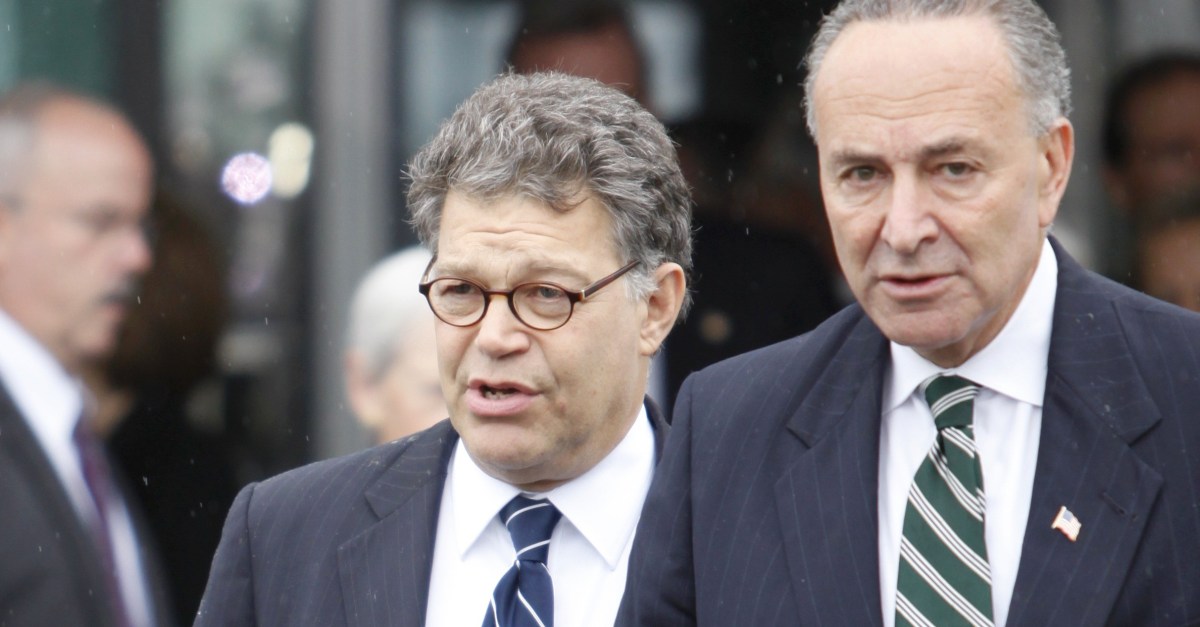 Senator Al Franken, D-Minn., could be talked into running for president in 2020 but only if he’s convinced that he’s the Democrat who’s in the best position to beat Donald Trump, according to his political associates.

The Hill reports that Franken would be a “reluctant” candidate and would have to be convinced that he’s the best person to run, especially in what is considered to be a wide-open race for the nomination.

“He’s not the type of person to crawl over everyone’s dead carcasses to get to the White House,” said R.T. Rybak, a Democratic National Committee vice chairman. Rybak, however, won’t rule out the possibility that Franken will make a run for the White House.

RELATED: Rand Paul and Al Franken are teaming up to protect medical marijuana from Jeff Sessions

Although Franken’s political associates believe he could be talked into running, his spokesperson has, so far, denied that he has any interest in pursuing the nomination.

“Sen. Franken is not going to run for president in 2020,” Michael Dale-Stein said. “He’s proud to represent the state of Minnesota and plans to spend the next several years fighting for Minnesota families — working on issues like income inequality, healthcare, education, college affordability, equal rights, and on behalf of consumers and small businesses.”

His office’s vehement denial isn’t likely to keep people from discussing him as a possible candidate, though, especially given his wide-ranging appeal and celebrity status as a former cast member of “Saturday Night Live.”