Fox News commentator Charles Krauthammer ripped into Donald Trump Jr.’s defense of his meeting with a Kremlin-linked lawyer, saying that it was a “hell of a defense to say your collusion might be incompetent.”

Donald Trump Jr. is attempting to downplay the meeting he set up with a Kremlin-linked lawyer by saying that he didn’t get anything from it. However, many aren’t buying his defense, including Krauthammer.

During an interview on Fox News Tuesday, Krauthammer slammed his “weak” defense by comparing it to attempting to purchase stolen goods.

“If you get a call to go to a certain place in the middle of the night to pick up stolen goods, and it turns out the stolen goods don’t show up, but the cops show up,” he added, “I think you’re going to have a very weak story saying, ‘Well, I got swindled here.’”

RELATED: Here’s how Trump Jr. reportedly beat The New York Times on the Russia email story that everyone is talking about

Trump Jr. admitted to meeting with Russian lawyer Natalia Veselnitskaya in hopes of getting dirt on his father’s Democratic opponent, Hillary Clinton. He also released the email chain between him and the man who set up the meeting, Rob Goldstone, which contained information that undermines the narrative that has been pushed by the Trump administration for months.

In the past, Krauthammer has defended Trump against the allegations of collusion because he said there was no “there, there.” Now, though, he says the evidence is right there in “black and white.” 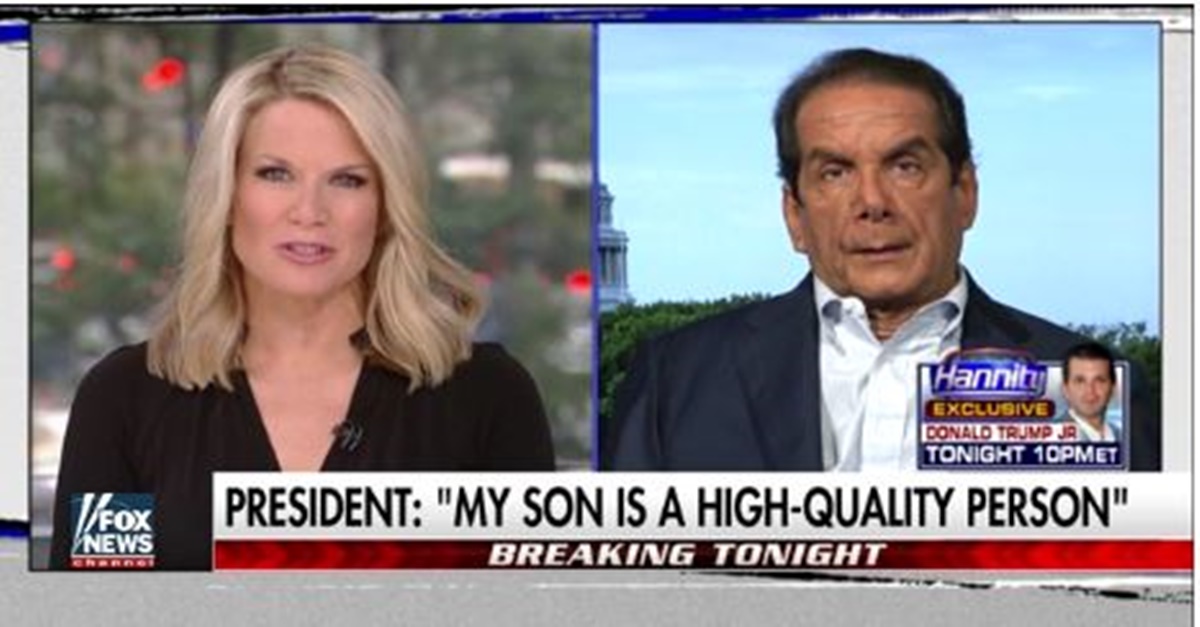