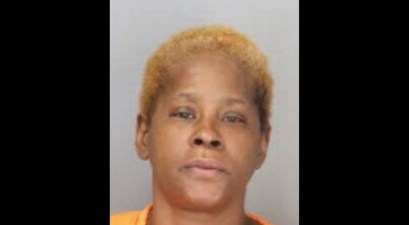 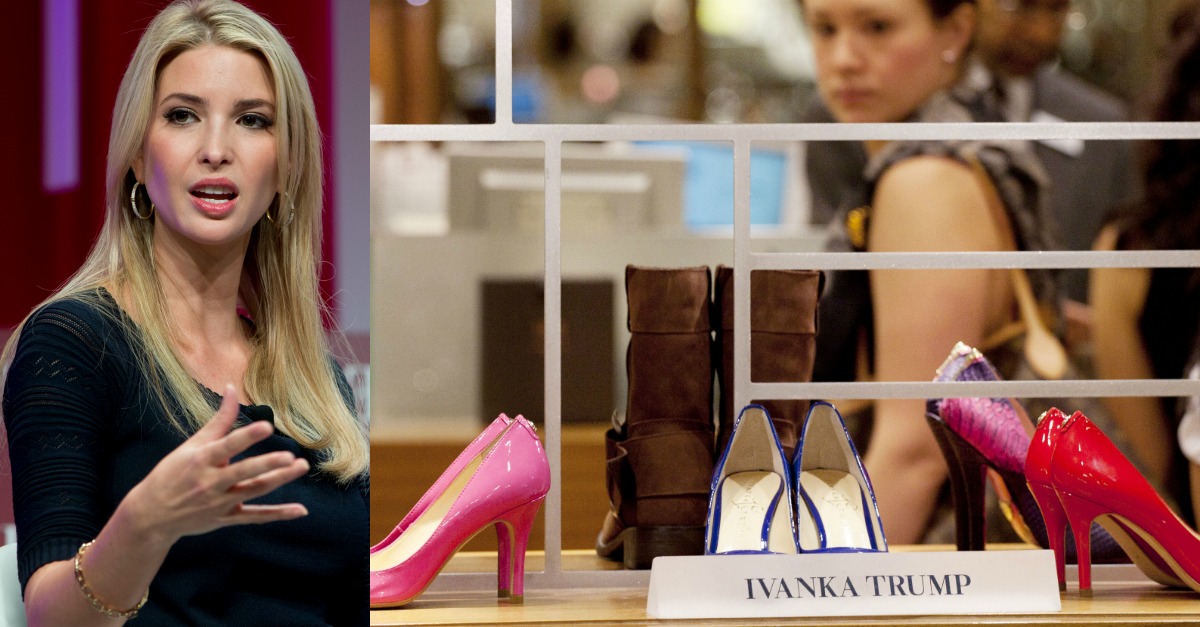 AP Photos/Carolyn Kaster/Mark Lennihan
FILE- In this Oct. 14, 2015, file photo, Ivanka Trump, daughter of Republican presidential candidate Donald Trump, founder and CEO, Ivanka Trump Collection and executive vice president Development and Acquisitions The Trump Organization, speaks at the Fortune Most Powerful Women Summit in Washington. A federal lawsuit filed by Italian shoe company Aquazzura on June 21, 2016, claims Ivanka Trump is selling a knockoff of one of their shoe designs for her fashion collection. (AP Photo/Carolyn Kaster, File) and In this Aug. 23, 2012, photo, shoes from the Ivanka Trump collection are displayed at a Lord & Taylor department store in New York. Celebrities have long dabbled in design, but with the growth of TV shows and websites that follow everything celebrities say, wear and do, interest in their clothing lines has risen in recent years. North America revenue from celebrity clothing lines, excluding merchandise linked to athletes, rose 6 percent last year to an historic peak of $7.58 billion in 2011, according to the latest figures available by The Licensing Letter, an industry trade. That’s on top of a nearly 5 percent increase in 2010. (AP Photo/Mark Lennihan)

Canada-based shoe giant Shoes.com has dropped Ivanka Trump’s line from its website. The move comes as critics of President-elect Donald Trump started a “Grab Your Wallet” movement with plans to boycott more than 30 companies that carry Trump family brands.

RELATED: Ivanka Trump under fire for not practicing what she preaches about paid maternity leave

Shoes.com was flooded with requests to stop carrying the brand. The company agreed and announced on Twitter that it was removing the shoes from its site. That tweet has since been deleted.

While her brand is still searchable on the site, you’re directed to a “page not found” error once you enter Trump’s name.

@zappos I am boycotting Zappos & hoping other will also, unless & until all Ivanka Shoes are off the site. We need to hit em in the pocket!

My first tweet ever goes out to @shoesdotcom Bravo for listening and dropping Ivanka Trump products. #GrabYourWallets

In case you missed it, today @shoesdotcom became the first retailer on the #GrabYourWallet list to drop Ivanka Trump products. 💥 🔥 👏

WOW! @shoesdotcom pulled their Ivanka products from their awesome shoes. SHOP for shoes there and show your support! THANK YOU!

RELATED: Ivanka Trump is coming under fire for peddling her brand on “60 Minutes”

@shoesdotcom I will NEVER buy shoes from a company that gets into politics! Not selling Ivanka's line? I won't purchase anything from you!

@shoes.com Boycotting you and I will purchase my Ivanka pumps somewhere else. Love her brand and style. Clinton did far worse to minors.

MEMO TO @shoesdotcom: Since you're boycotting Ivanka — I am now BOYCOTTING @shoesdotcom! Trump supporters have WALLETS TOO!

Trump’s fashion brand came under fire earlier this week when details about a gold bracelet she wore during a “60 Minutes” interview about her father’s election were promoted to journalists. That bracelet is sold by Trump’s fine jewelry collection.