Sexual abuse by doctors against patients is surprisingly widespread, yet the fragmented medical oversight system shrouds offenders’ actions in secrecy, allowing many to continue to treat patients, an unprecedented national investigation by The Atlanta Journal-Constitution has found.

A Wednesday segment of Good Morning America featured the on the first-of-its-kind report that covers over 2,400 cases spanning 60 years and all 50 states.

“Some of these doctors are the most prolific sex offenders in the country with hundreds and, in some cases, thousands of victims,” AJC reporter Carrie Teegardin said.

RELATED: Sexual abuse by doctors is widespread, but a broken system keeps their actions secret, a new report finds

According to AJC, the project began when reporter Danny Robbins found that Georgia prison doctors were allowed to continue practicing even after documented finds of sexual violation. The team investigated the system designed to keep predatory doctors at bay, as well as past cases of sexual misconduct.

Even the most high-profile doctors are among the initiators of unwanted sexual advances, the report found. The assaults span everything from seduction to fondling to rape.

“In recent years, critical attention has been focused nationwide on the military, Boy Scouts, colleges and the Catholic Church for turning a blind eye to sexual abuse,” says the project’s introduction. “In each case, institutions and professions responded to create strict accountability and restore public trust. But one profession has escaped broad scrutiny.”

RELATED: Patients have been sexually abused by doctors in every state, investigation finds

While the assaults are alarmingly high in number, the accountability is relatively low.

The American Medical Association (AMA), for example, has expressed that it has a zero-tolerance policy against sexual assault. But its subsequent actions have been lacking. The AMA does not automatically expel members for sexual assault. Of the 900,000 physicians in America, one-fourth of them belong to the AMA.

The AJC has found that doctors regularly escape national tracking systems. There are some instances where assault is documented in such a way to hide the full extent of the crime. In other instances, the cases aren’t even reported.

RELATED: Sexual abuse by doctors is widespread, but this is why we don’t know how common it is 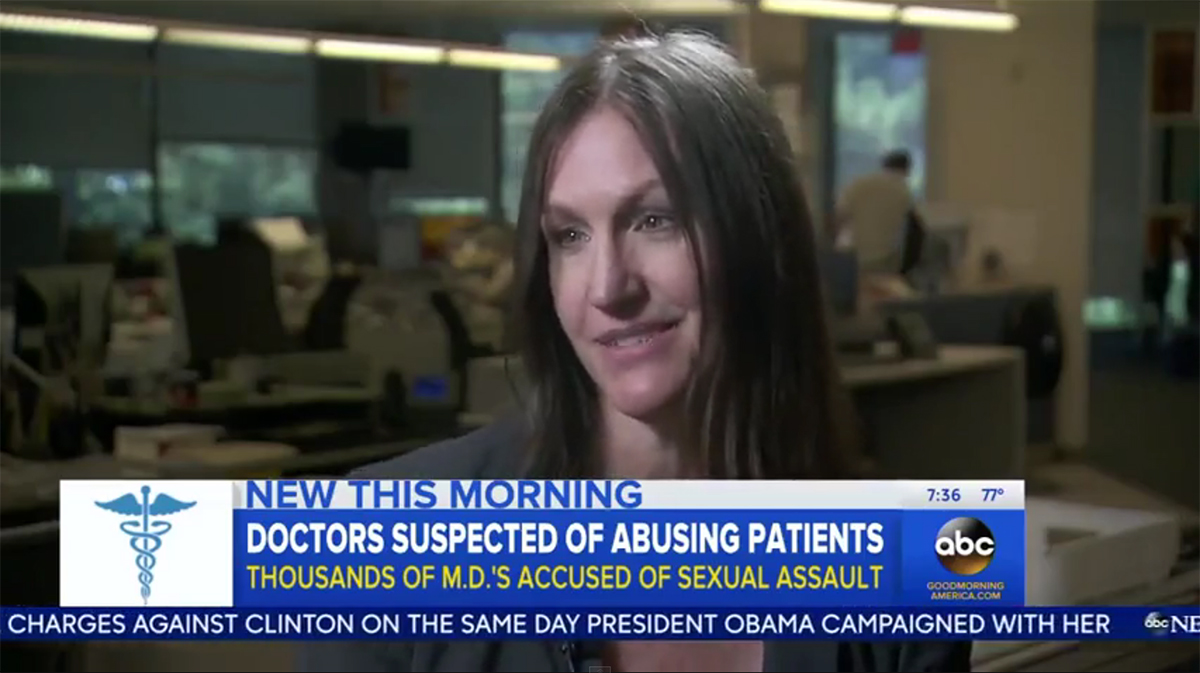