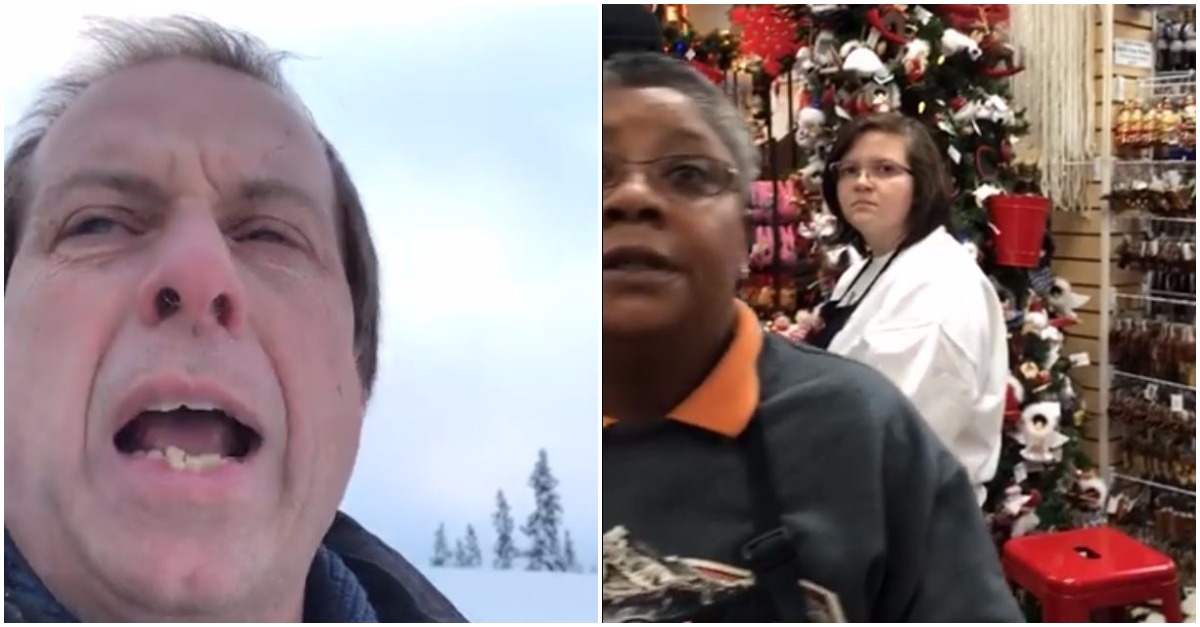 Pastor David Grisham ruined quite a few holidays last week when he decided to go over to the Santa Claus House and bellow at the visiting children that “Santa isn’t real.”

Grisham calls himself a Christian evangelist and his brand of Christianity includes a lot more shouting through megaphones from street-corners than preaching from behind a pulpit. He recently recorded a video of himself going to see the children and introduced the clip by saying “Today, I’m going to tell the kids here that there is no such thing as Santa Claus and that Christmas is about Jesus.” Graham then walks into the Santa Claus House in North Pole, Alaska and begins his outburst by announcing “Hi kids, my name is Pastor David and I want to tell you guys that the real reason for the season for Christmas is about Jesus.”

Nobody seems to be paying attention to the rogue preacher until he declares “I wanted to tell you kids today that Santa Claus does not exist — Santa Claus is not real. The man you’re going to meet today is a man wearing a suit, like a costume — it’s make-believe, it’s not real. But Jesus is real.” He goes on to describe the nativity story for a moment before bashing old Saint Nick again, this time saying “there are no reindeer.”

As he’s beginning to lay into Santa’s helpers, an employee at the store confronts him, saying “we understand that you have your beliefs but everybody else has their beliefs as well, if you would not interfere with our other customers, we would appreciate it.” A few customers urge him out of the store at the same time that he finishes his routine.

According to his Facebook page, Grisham lives in Anchorage, Alaska and his profile boasts plenty of fire-and-brimstone remarks. On December 1, he wrote “from your sins, you should all turn, or in Hell you will all burn!” Prior that he scrawled “I am NOT a sinner, I am a saint. Praise Jesus!” and “if an actress is willing to be a WHORE by appearing nude, she has little room to proclaim sexual harassment.”

And for the Grinch-y pastor, ruining Christmas is his holiday tradition. Last year, we wrote a story about Grisham turning up in Amarillo, Texas and hunting down the local mall’s Santa Claus so he could holler that “Santa isn’t real.” The video of last year’s encounter also made a stir online and the parents at the Texas mall were a little more confrontational than those in Alaska — plenty of the Texan caretakers had no problem telling Grisham to beat it and, even more bluntly, to “get a life.”