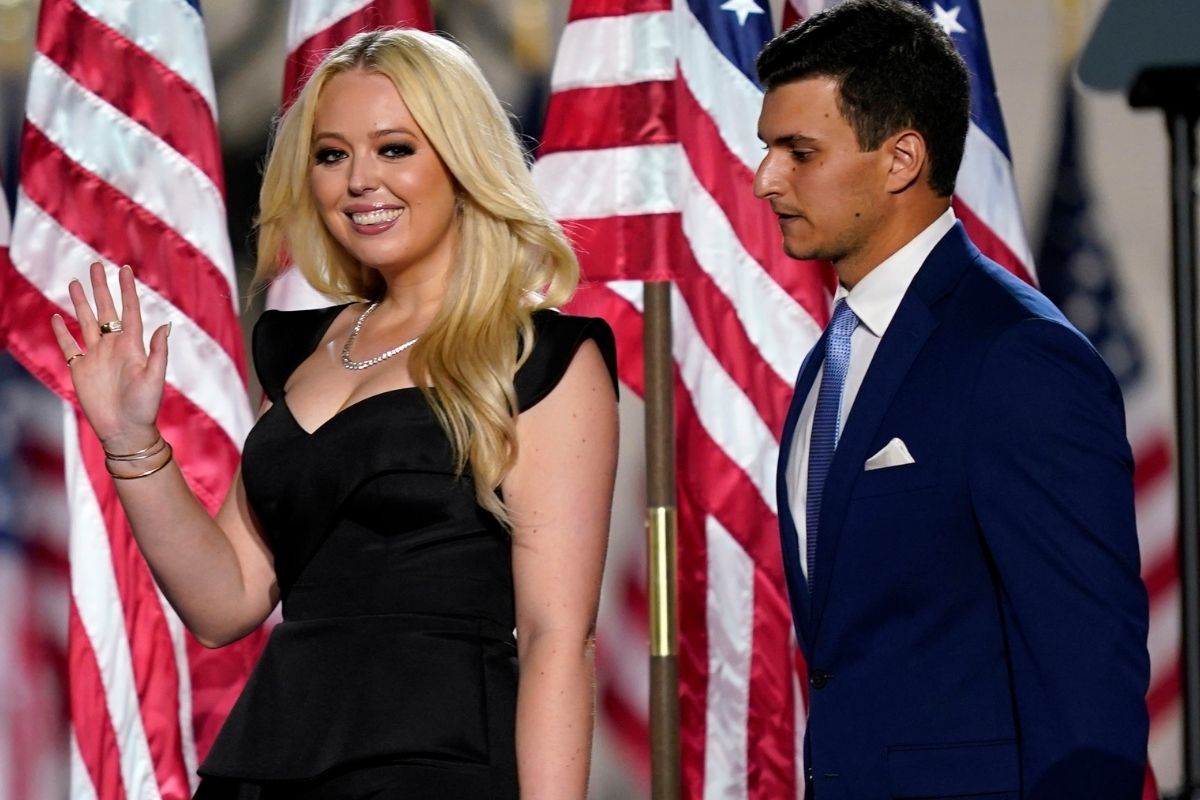 As Donald Trump and former first lady Melania Trump were getting ready to head out of the White House and step down from Office, another Trump was celebrating. President Donald Trump’s youngest daughter Tiffany announced that she was engaged to billionaire fiancé Michael Boulos. The 27-year-old, who recently graduated from Georgetown Law School, announced her good news on Instagram, on her father’s final full day in ahead of now president Joe Biden and Kamala Harris’s Inauguration.

She shared a photo of herself and Boulos posing on The West Wing Colonnade at the White House. Tiffany Trump wrote, “It has been an honor to celebrate many milestones, historic occasions and create memories with my family here at the White House, none more special than my engagement to my amazing fiance Michael! Feeling blessed and excited for the next chapter!”

23-year-old Boulos is said to have proposed to Trump with a 12-carat emerald-cut diamond engagement ring from Dubai worth up to a whopping $1.2 million. According to Town & Country, he’s described as a business executive and an “icon from a wealthy family overseas.” Vanity Fair categorized him as a “billionaire heir.”

Boulos also shared the photo on his personal social media account stating, “got engaged to the love of my life! Looking forward to our next chapter together.” Tiffany Trump is Donald Trump’s only child with his second ex-wife Marla Maples. Although Tiffany has remained quiet throughout the last four years of President Donald Trump’s time in office, compared to her older siblings like Ivanka and Don Jr., she did step into the political spotlight over the summer when she spoke at the Republican National Convention.

Urging Americans to vote at that time she stated, “Our generation is unified in facing the future in uncertain times — and many of us are considering what kind of country we want to live in. As a recent graduate, I can relate to so many of you who might be looking for a job. My father built a thriving economy once, and believe me, he will do it again.”

27-year-old Trump and 23-year-old Boulos have been spotted together since 2018 at several events with the former first family, from the State of the Union Address to holidays at Mar-a-Lago in Florida. Talk about great timing, huh?