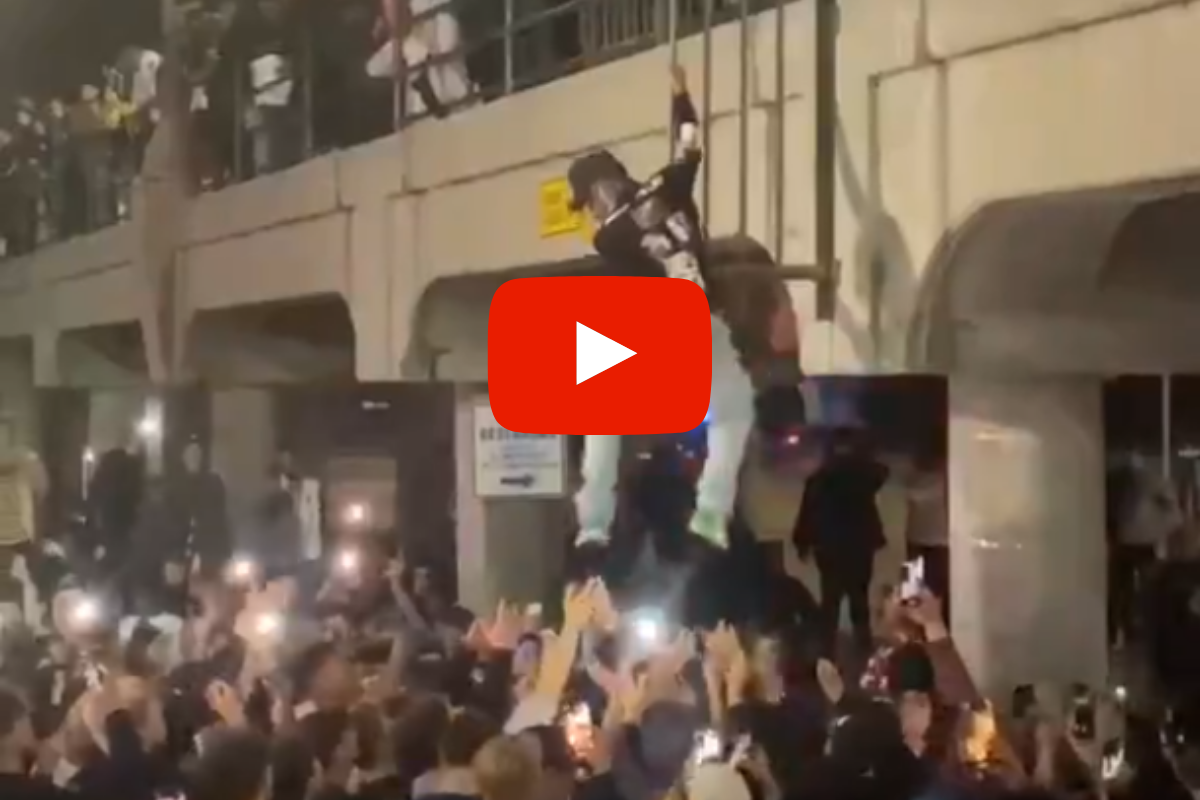 It’s been a while since parties were a thing. So when some dude named Adian posted about a birthday party event called “AdriansKickback” on a social media post last Wednesday, around 2,500 attendees decided to show up — including from states as far away as Michigan and Arizona. The viral announcement, whose hashtag was viewed more than 2020 million times on TikTok, was posted by @adrian.lopez517 to invite people to “pop out and celebrate my birthday”. He added, ?BYOE!! Repost!!?

The beach party was set to kick off on Friday night, with the main event occurring on Saturday night near the fire pits of Huntington Beach in Southern California.

The Hungtingbeach Police Department police were aware of the gathering, but unprepared for its magnitude. In preparation for the big night, the Huntington Beach PD reminded its Twitter followers of its large gathering beach rules: “No alcohol on the beach. No drugs on the beach. No fireworks. Beach closes at 10 pm.”

What Went Down at the Viral TikTok Party

On Friday and Saturday nights, thousands of partygoers gathered in Hungingback near downtown Los Angeles. TikTok videos from the event show crowds of people dancing, running through streets, scaling lifeguard towers, scampering up lifeguard towers, and setting off fireworks.

“The majority of the crowd was just focused on having a good time,” Jeryn Anderson, who was in attendance, told BuzzFeed News. “We were doing mosh pits, watching people do burnouts, dancing, and running from fireworks.”

“It was lit!” he recalled fondly.

So this was adrians kickback? pic.twitter.com/BRdr6iAO0X

Ever the buzzkills (er, I mean responsible law enforcement officials just doing their jobs), The Huntington Beach Police Department denounced the party as an unlawful assembly around 7:13 p.m and instituted an emergency curfew, reports BuzzFeed News. The overnight curfew would run from 11:30 p.m. until 5:30 a.m. the following morning.

Before 11 p.m., there were reportedly minimal interactions with police officers. But later on, fights broke out on the beach before revelers moved to the downtown area — where downtown businesses, police vehicles, and a lifeguard tower were damaged, say police.

In videos from late in the evening, police officers clas in riot helmets are seen firing less-lethal rounds and deploying some kind of chemical agent at attendees. ?As the crowd size continued to grow rapidly, large groups disbursed into various locations throughout the area, throwing bottles, rocks, fireworks, and other items at officers,? Huntington Beach police said in a statement.

As tension began to escalate, police called for backup from outside law enforcement agencies, with more than 150 officers ?from virtually all agencies within Orange County? arriving to keep the crowd under control.

On both nights, officers arrested 121 adults and 28 juveniles.

Arrestees were booked for a number of offenses, including vandalism, the firing of dangerous or illegal fireworks, failure to disperse, and curfew violations. On Sunday, people were seen cleaning up the area. A local store owner, Kandie Gonzalez of Peace Sol & Succulents, said she found a lot of her inventory missing after the chaos, she tearfully told KTLA5.

?These kids that ran through, no remorse,? Gonzalez said. ?We?ve seen kids driving by, saying ?so funny.? It?s not funny guys. It?s not.? ?The crowd size wasn?t the problem and the crowd wasn?t the problem,?  Huntington Beach police spokeswoman Jennifer Carey said in an interview with Orange County Register, ?until they started throwing fireworks at officers. That?s when dynamics changed ? when that started happening, we declared an unlawful assembly.?

No significant injuries have been reported.