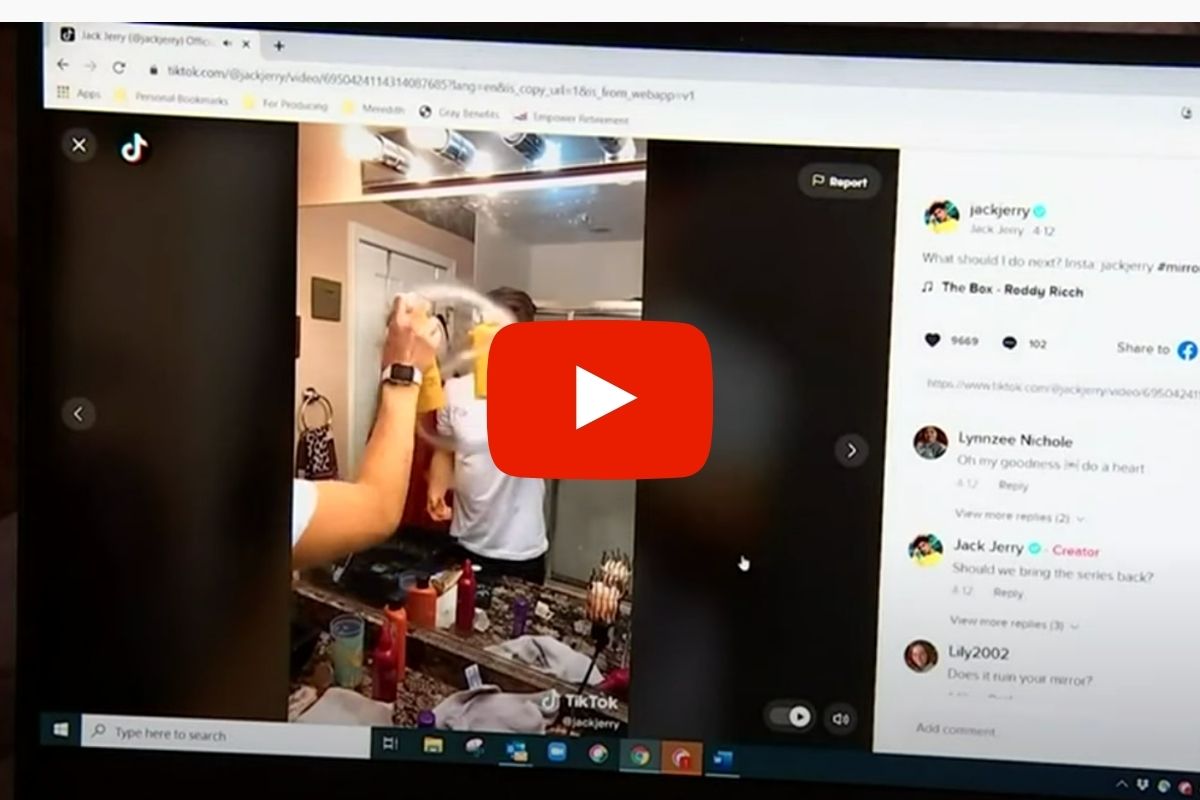 From the so-called “outlet challenge” (which involves sliding a coin into a live electrical socket) to the “Kiki challenge” (where you jump out of a slow-moving car and dance as the vehicle moves alongside you), TikTok abounds with trends and challenges. As users battle to get more likes and views on the video-sharing social media app, many are resorting to crazes that are pretty darn dangerous.

What Is the TikTok ‘Fire Challenge’?

Among the most recent TikTok trends is known (kind of ominously) as the “Fire Challenge“. In the so-called Fire Challenge, users spray hairspray onto a mirror before turning off the lights and setting the mirror on fire. The challenge is believed to have originated from the account of Jack Jerry, who describes himself as a model, actor, and gymnast. The influencer, who boasts an impressive 1.8 million followers, has responded to requests for different shapes like circles, hearts, and lightning bolts.

As you may have gathered, the TikTok Fire Challenge — which involves using flammable liquid in an enclosed space — is highly risky. But this was a lesson a 13-year-old girl named Destini Crane had to learn the hard way.

According to Destini Crane’s mother, Kimberly Crane, her daughter was filming a TikTok video of the Fire Challenge in the bathroom of their family home, located in Portland, Oregon. While Destini attempted the challenge, a bottle of rubbing alcohol exploded and inflicted severe burns to her face and body.

“There was a capped bottle of alcohol sitting on the counter, and the whole side of it had busted open, and there was a lighter and broken candle,” Destini’s sister Andrea Crane told ABC7. “So, that’s just kind of the conclusion we came to.

“It was unreal, heartbreaking,” Kimberly told KPTV. “Like, I don’t think anyone wants to see their daughter on fire. It was horrible.”

Destini was rushed to the intensive care unit, where she’s had a tracheotomy and two skin graft surgeries on her neck and arm.  The Oregon family said they want to warn other parents about the dangers these videos pose and help prevent this from happening to anyone else.

A rep from Portland Fire and Rescue, who responded to the call, urges parents to speak with their children about home safety and dangerous challenges sweeping TikTok.

“Anytime you’re lighting an ignitable liquid in your home, you are putting yourself, your family, and everyone in that home at extreme risk,” said firefighter Rob Garrison, a fire station investigator.”Whether they have ignitable fluid or not they need to be having conversations about how dangerous fire is especially inside your home.”