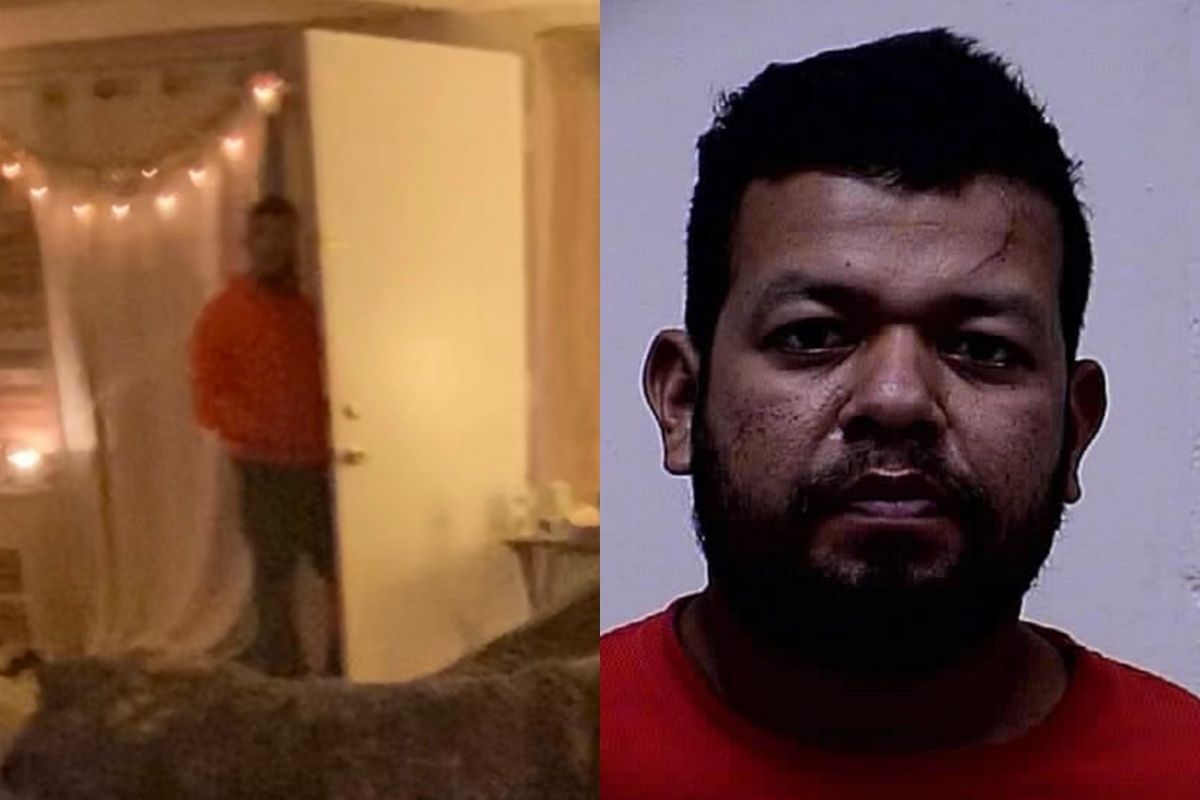 One reason not to hate on how the new generation is so vainly submersed in taking selfies and videos off their phones is their ability to capture almost everything that’s going on. This means that they can even get important footage that could potentially keep them safe. Like in this instance for Hannah Viverette from Maryland.

?Hannah was by herself in her apartment, making a TikTok video. Now, don’t feel ashamed that you might not understand social media platform lingo, as I also do not have a TikTok account. But nevertheless, TikTok is a new social media platform, similar to the likes of the popular ones like Facebook and Instagram, where users can post videos of themselves to a feed. Dancing to songs is popular on the app, and that’s exactly what Hannah was doing.

As she was recording herself dancing, suddenly in the video, you hear her second story balcony door open. Freaking out, she sees a man in a hoodie peak through and asks him who he is repeatedly, followed by demands that he get out of her place. The stranger then creepily asks, “Am I your friend?” to which Hannah exclaims, “No!” to.

That moment when you’re recording yourself dancing and your stalker climbs your second story balcony to break in. #realshit #scariestmomentofmylife

The video shows that she then asks him got get out of her apartment once again, and he then asked, “Are you sure?” to which she exclaimed immediately, “Yes!” as she was backing up out of her front door across the room, with her phone. She knocked on her neighbor’s door, who thankfully let her in with no questions asked, and called 911.

Hannah explained what had really happened in a Facebook post soon after. Calling it “the scariest moment of my life,” she explained that the man’s name is Angel Moises Rodriguez-Gomez, and he’s actually a resident that lives in a building across the street from her. Hannah explained that when she saw the door start to open on her second-floor balcony, Angel’s face was, “A face [she] had seen almost daily in [her] apartment complex area since moving in, but never spoke[n] a word to. A man that has made a point to watch [her] and make many uncomfortable advances at [her] from a distance, for months now.”

Not only did Angel break in to the poor woman’s apartment, he also, “unplugged my Christmas lights that were tightly wrapped around my balcony post, and had cut/tore approximately 2 feet of cord from it.”

According to the local news outlet, the 36-year-old man was arrested by Hagerstown Police Department and was charged with third and fourth-degree burglary, second degree assault, stalking, and malicious destruction of property. However, Angel’s story about how he ended up at his neighbor’s apartment is different. He claims he was invited.

“He said that he was invited up. What. YALL. He was arrested last night, and released on bail today. This cannot be the first attempt he?s ever made to act on stalker behavior. If anyone knows ANYTHING about this man or have ever felt/been uncomfortable/harassed, assaulted in ANY way by him, PLEASE SPEAK UP!! I refuse to live in fear and I refuse to let him continue doing this to me or ANYONE,” Hannah said in both disbelief and courage.