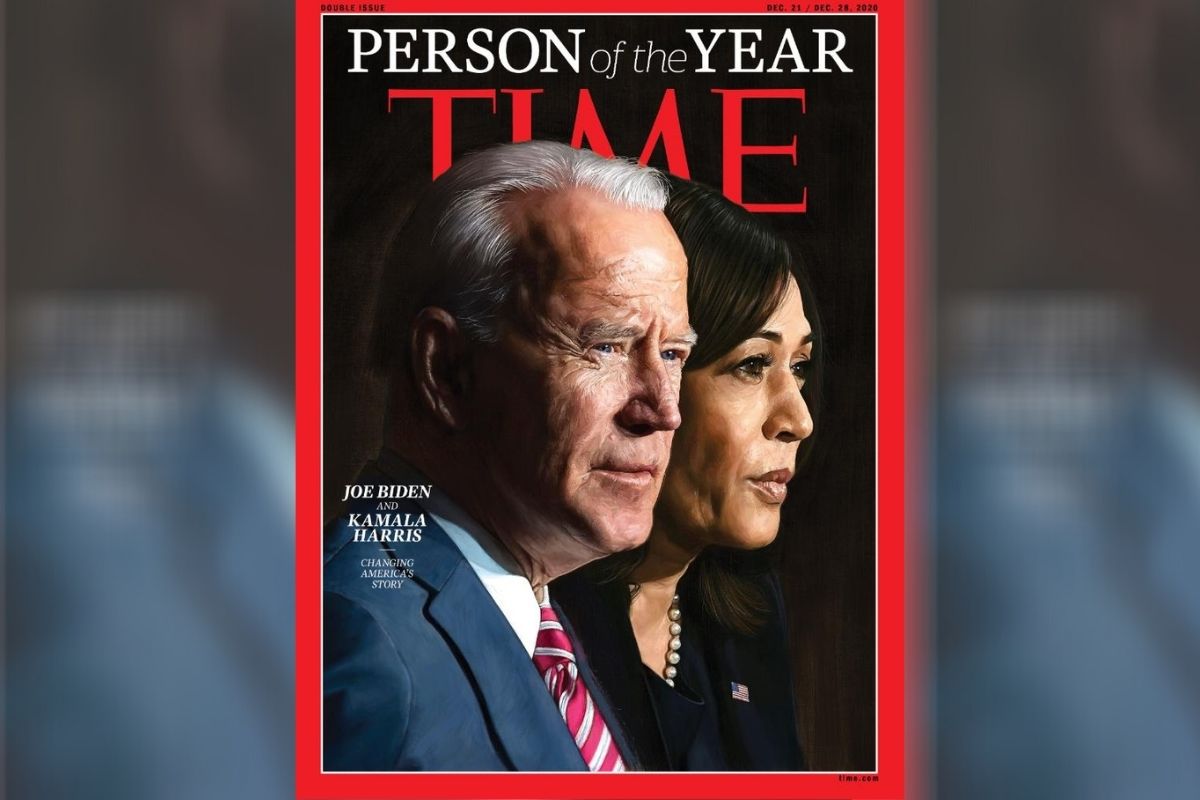 It’s official, Time Magazine has named President-elect Joe Biden Vice President-elect Kamala Harris as its ?Person of the Year!? Times Editor-in-Chief Edward Felsenthal stated that Biden and Harris won the honor for ?changing the American story, for showing that the forces of empathy are greater than the furies of division, for sharing a vision of healing in a grieving world.? After defeatingTrump on November 7th, Harris became the country’s first woman, first South Asian, and first Black vice president-elect.

The “Person of the Year” was introduced in a special Primetime broadcast on NBC, which marked the first time that the network has partnered with the magazine’s Emmy- winning Time Studios. Actors Matthew McConaughey and Issa Rae kick-off the hour-long event that included several appearances by John Cena, Vanessa Bryant Bryant, Yo-Yo Ma, Bruce Springsteen, H.E.R, and BTS.

Biden and Kamala Named ‘Person of the Year’

Felsenthal did note that every elected president since Franklin D. Roosevelt at some point during their term has been Person of the Year, and nearly a dozen of those in the presidential election year. But, this is the first time that they have included a vice president. Time?s other finalists this year included Republican President Donald Trump, Dr. Anthony Fauci, the movement for racial justice, and frontline healthcare workers.

Earlier this week, Time named Korean band BTS “Entertainer of the Year” and named Los Angeles Lakers star LeBron James “Athlete of The Year.” Zoom CEP Eric Yuan was the named Businessperson of the Year. The video service spiked in popularity after the coronavirus pandemic hit and forced people to learn and work from home.

The ?Person of The Year? Edition of singling out a person started back in 1927, launching as “Man Of The Year.” The name was later changed to “Person of the Year” which is bestowed on a group, an individual, a movement, or an idea that had the most influence in the past year. In 2006, Time had named ?You? as “Person of the Year” to recognize those who contribute to the content on the internet. Last year, Time picked young climate activists Greta Thunberg.