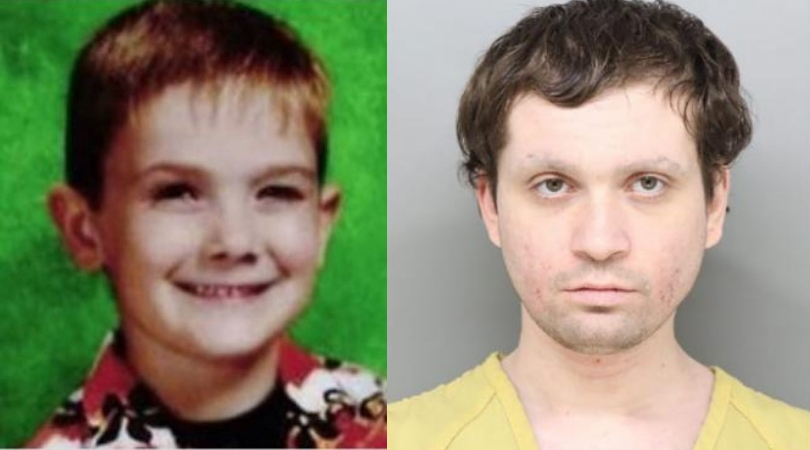 Authorities conducted DNA testing to determine whether a “teenage boy” found wandering the streets of Kentucky was who he claimed to be. The boy initially stated he was Timmothy Pitzen, an Illinois boy who disappeared eight years ago after his mother took her own life.

The teen told police that he had just escaped from two men who had held him captive for seven years and identified himself as 14-year-old Pitzen. Pitzen, from Aurora, vanished in 2011 at the age of 6 after his mother picked him up early from Greenman Elementary School and took him on a two-day road trip to the zoo and a water park.

Amy Fry-Pitzen then killed herself at a hotel, leaving a note saying her son was safe but that no one would ever find him. His case shocked Pitzen’s family and hometown for years, leaving them wondering whether he was alive or dead. The National Center for Missing and Exploited Children have since kept looking for Timmothy, releasing several digitized pictures of how the boy would look today.

To try to determine whether the boy claiming to be Timothy was indeed him, the FBI conducted a full DNA test, receiving samples from Timothy’s grandmother and Aunt. Unfortunately, authorities quickly learned that the man claiming Timmothy was indeed 23-year-old, Brian Michael Rini.

According to law enforcement officers, the Ohio man comes with a heavy criminal record and has been in an out of jail throughout his whole life. Rini was placed on probation as a juvenile but would continuously violate it. Rini was released from an Ohio prison on March 7 after serving almost 14 months of an 18-month sentence for vandalism and burglary.

The 23-year-old trashed a $400,000 model home with a group of friends while holding a “tattoo party.” He pleaded guilty to burglary and vandalism in January 2018. Rini was also found guilty in another case on a count of unauthorized use of a vehicle. He was sent to 2-year probation, 200 hours of community service, and ordered to pay $1,750 and court costs.

In 2015, Rini also pleaded guilty o passing bad checks and was sentenced to three years of intensive supervision. Medina County Court documents state he would allegedly violate his probation repeatedly in 2016 and 2017 and was ordered back to court each time. Authorities stated he is currently not facing any local charge this time around, but the FBI is taking the lead on the investigation which means Rini could face federal charges.