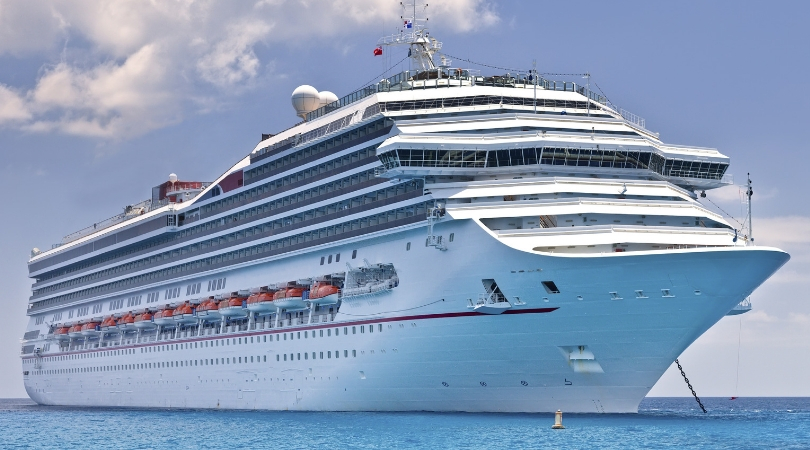 A family trip turned into a nightmare after a toddler tragically died after plunging 150 feet from a cruise ship. The 1-year-old girl allegedly slipped from her grandfather’s arms and fell from the 11th floor of the Royal Caribbean’s Freedom of the Seas ship. The toddler is believed to have fallen onto the concrete below while the ship docked in San Juan, Puerto Rico.

According to the local Primer Hora, the Indiana girl was on holiday with her grandparents and parents. The grandfather was holding his granddaughter up to an open window where they were playing but accidentally lost his grip. The girl fell from a port-side window and hit an awning before landing on a pavement at the dock. She was immediately rushed to the hospital around 4:30 p.m. but was pronounced dead minutes after arrival. Police are currently conducting an investigation and are reviewing CCTV of the cruise ship, as well as interviewing other passengers who witnessed the incident at the time.

Indiana toddler falls to her death after being 'dangled out of window' by her grandfather from 11th deck of a Royal Caribbean cruise ship docked in Puerto Rico. The toddler have fallen from a window on the 11th deck shown above the balconies. Authorities at the scene last night pic.twitter.com/2PqIlXU7HB

According to police, the girl’s family has not been interviewed by detectives, but police believe the incident was an accident. The boat has a height of 210 feet and the 11th floor is said to have been around 150 above land level when the vessel was docked. The ship holds roughly 4,000 passengers and was just ending its seven-day Southern Caribbean Cruise of Antigua, St Lucia, and Barbados.

Owen Torres, Corporate Communications Manager for Royal Caribbean, released a statement saying that the cruise operator was “deeply saddened” by the tragic incident and the company had made its “Care Team available to assist the family” with all the resources they needed. Royal Caribbean stated they would not be offering any additional comments or further details of the incident out of respect for the family’s privacy.

Now, let’s all say what we’re thinking. Why would someone hold a toddler out of a window? Can someone explain this to me? Of course, I’m not blaming the grandfather, but this just seems like a bad idea. This hurts my heart. My thoughts are with the family.

Watch: Is This the Greatest RV Ever Made?