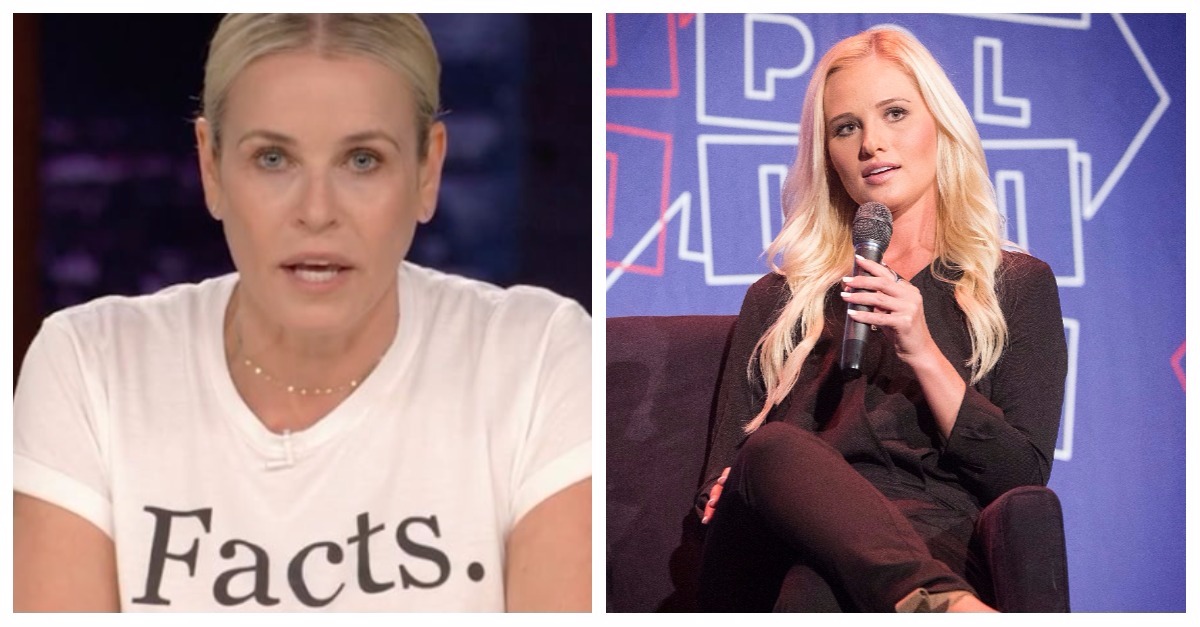 “This isn’t a debate; I am interviewing her” is how Chelsea Handler opened her Politicon “conversation” with Tomi Lahren.

She added that the 2016 presidential election revealed how little understanding she had of people “who are not necessarily like [her].”

Before the event, Lahren seemed eager to debate, referring to the convention as a “storm” and tweeting ,”Hey LA. Let’s do this,” in advance of her session.

RELATED: Relive the moment when Chelsea Handler went head-to-head in a battle of wits with the formidable Russell Brand

The two appeared together for a Saturday one-on-one session at Politicon, an event that calls itself an “unconventional political convention.” It is in its third year. With diverging political views, the pair were virtually guaranteed to debate.

And debate they did, on issues as diverse as the president’s attempt to ban transgender Americans from the armed forces via Twitter, the ongoing healthcare conundrum and rapper and one-time beverage mogul 50 Cent. (While Lahren said she liked the rapper, Handler said she “only had sex with him.”)

At one point, Handler slammed Hillary Clinton and called President Trump a “baboon.”

“She’s not the President. She’s not doing anything that affects you. So f– Hillary. We have to deal with this baboon,” she said.

Over the course of the debate, Lahren admitted to continuing to oppose Obamacare despite the fact that the law allows the 24-year-old to stay on her parents’ health insurance in the absence of insurance provided by her employer.

Here’s how that exchange went down:

HANDLER: ?Do you have a health care plan or no??

Lahren, whose firing from The Blaze, her ensuing lawsuit and then a settlement were well-documented, announced in May that she would be joining a pro-Trump PAC called the Great America Alliance.