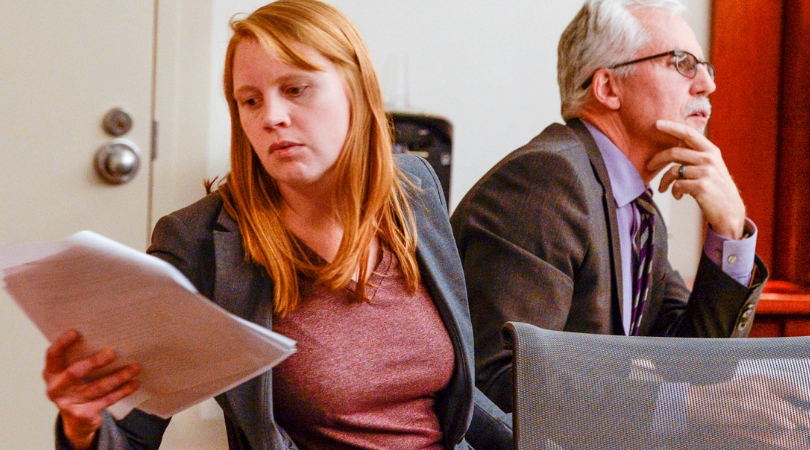 Well, it looks like the step kids really wanted their stepmom out of the picture and pronto. A woman from Utah is being charged with a crime after her step-children saw her topless in her own home. She is now fighting the case which could force her to register as a sex offender, citing a court ruling that overturned a topless ban in the state of Colorado.

Tilli Buchanan?s attorneys argued that the law is unfair because it treats women and men differently from bearing their chests. They’re asking the judge to overturn the misdemeanor lewdness charges and “declare that part of the law unconstitutional.”

This has to be one of the dumbest charges I ever heard and what a bitter mother she could have addressed this without the authorities https://t.co/m3lYcWaZzJ

Prosecutors countered that nudity is commonly understood to include woman’s breasts in American society and that courts have indeed upheld laws based on morality. Judge Kara Pettit heard about the case saying it was too important of an issue to decide ?right then and there.? She plans to rule in the upcoming months.

The stepmom said her husband and her had taken off their shirts to keep their clothes from getting dusty while they’re worth in the garage back in 2017/early 2018. That’s when the children ages 9 through 13 walked in. According to court documents, the lawyer stated she ?explained she considers herself a feminist and wanted to make a point that everybody should be fine with walking around their house or elsewhere with skin showing.?

The Utah woman was charged with three counts of misdemeanor lewdness involving a child in February. It came after child welfare officials conducted an official investigation that involved the kids that weren’t tied to Buchanan and the children’s mother reported the incident to authorities because she was ?alarmed.? Her husband received no criminal charges.

Why would a stepmom want to be topless in front of her 9-13 year old stepchildren? She probably shouldn’t be criminally charged, but if I was the mother, I’d definitely be upset and wouldn’t want her around my kids.

Defending herself during a court hearing, the Stepmom said she was in the privacy of her own home. Her husband was right next to her in the same exact manner that she was, and is not being prosecuted, which she finds it highly unfair. If convicted she could she would be required to register as a sex offender for 10 years.

Now, if she does get charged I will have to say this is pretty unfair, especially since it seems like the mom of the children really wanted her revenge. But then again, that’s just what I think. Yeah sure, she was wrong to be topless in the first place, but it’s her home. If this woman is charged it’s only fair that the husband is charged too. This is very serious, the sex offender registry is no joke. This woman’s life could be ruined because of something so stupid.