Thieves Pose as Volunteers to Steal Toys From Toys for Tots 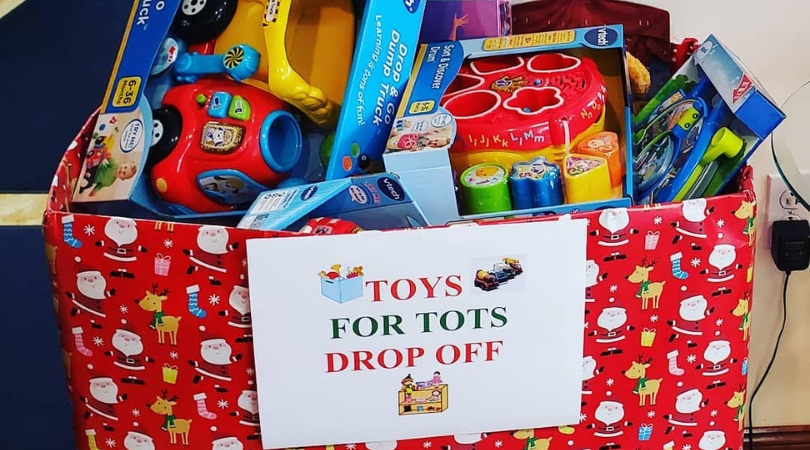 Horror, shame, guilt. I hope that’s what these horrible, horrible people are feeling after their terrible scheme to try to ruin Christmas for children. Police in Ohio are looking for a pair of thieves who signed up as volunteers for Toys for Tots but ended up stealing thousands of gifts meant for children.

In case you don’t know what Toys for Tots is, it is an organization run by the United States Marine Corps Reserve founded in 1947. The program distributes toys to children whose parents can’t afford to buy gifts for them during Christmas time. In Summit County, there are over 15,000 children under the program this year alone. Traci Higginbotham-Williams, director of Toys for Tots, has run the program in Akron for 20 years and says this is the first time an incident like this has ever occurred.

This year, the annual toy organization decided to open up slots for volunteers to help staff members collect the toys to help speed up the process during the busy holiday season. But at around 10:40 pm, Williams noticed several items were missing from the pile where tots donations are usually stored. After checking Surveillance cameras outside the First Faith Development Corporation on Easter Avenue, she saw people stealing bags upon bags and boxes of toys, taking them out the back door. The suspects, which police say are a man and a woman, managed to steal bikes, kitchen playsets, electronics, and other toys.

According to Akron police, the loss estimated for the toys is at $5,000, but Williams believes that loss is so much more than money. Devastated by their acts, Williams stated, “It tears me up. Because this process just doesn’t start in December. I start in January to make sure the kids get the best. I don’t give them anything I wouldn’t give my kids when they were small. So when you take from them, it hurts me. Makes me angry.”

Last year, the tots program distributed more than 59,000 toys to more than 11,000 Summit County Children. This year, the Marines have set a goal to collect enough toys to provide gifts for over 15,000 children. The organization is accepting new and unwrapped toys to distribute to children in the community at Easter Avenue. If you would like to donate to the organization or have any information about the suspects you can click here.