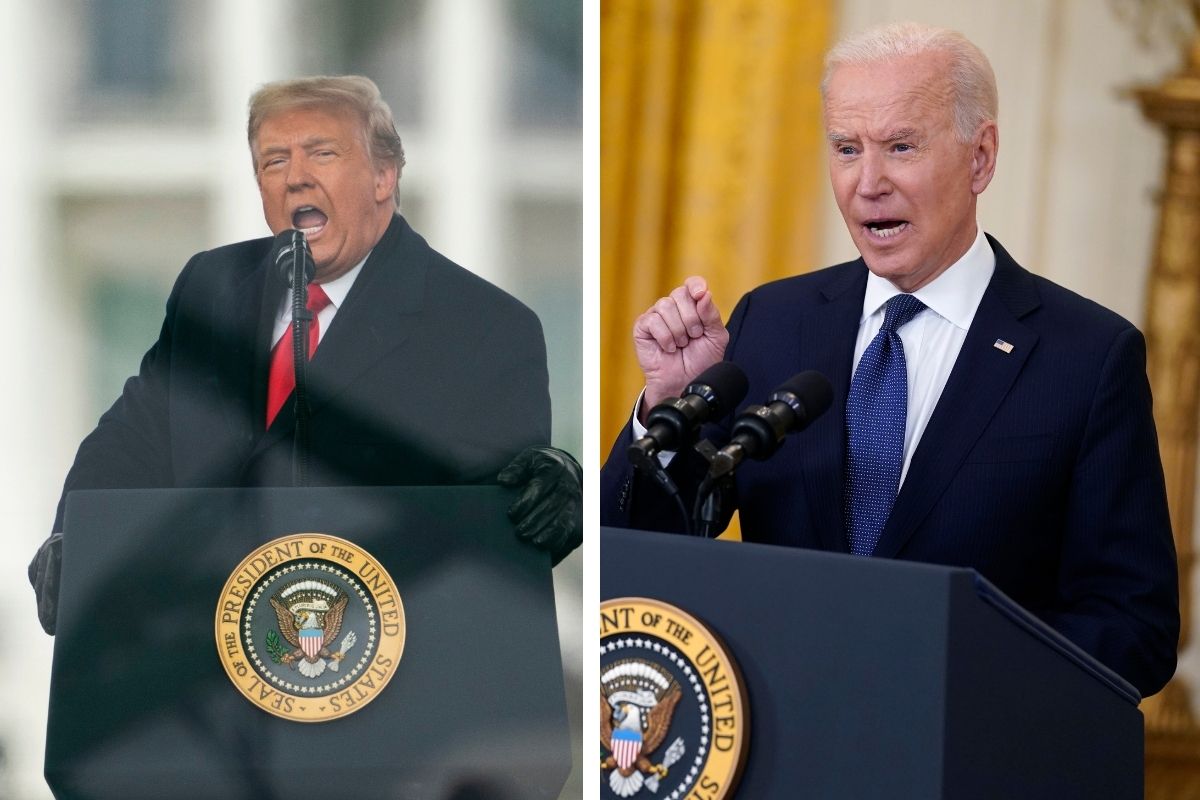 While both Israeli and Palestinian citizens are suffering at the hands of the warfare between the two states, former president Donald Trump decided to seize the opportunity to criticize the Biden administration, blaming its “weakness and lack of support for Israel,” and claiming that the administration is enabling the situation inn allowing militant groups to launch missiles from the Gaza Strip into Tel Aviv.

So What’s Happening in Israel?

According to the Guardian, an Israeli court ruling was due on Monday that would rule whether or not authorities would be allowed to evict Palestinians in the majority Arab East Jerusalem neighborhood of Sheikh Jarrah and give their homes to Jewish settlers. The talk of evictions caused an even bigger uproar as Jews and Palestinians had already been clashing more over the past month since the Muslim holy month of Ramadan began, with Palestinians upset that Israeli police were making it difficult for them to gather outside the Old City, an unofficial tradition after their evening prayer.

On Monday, videos of Israeli police storming the Al-Aqsa mosque where thousands of Palestinian worshippers had gathered to defend themselves from settlers surfaced. According to the New Yorker, 300 Palestinians were wounded along with 21 Israeli officers. Hamas, a Palestinian militant group, responded by firing rocket attacks into Tel Aviv, Ashkelon, and other cities. And in response to that, Israel launched 130 airstrikes in Gaza. So far, 26 Palestinians, including nine children, and two Israelis have lost their lives. The escalating violence is seemingly endless, stemming from the history between Israel and Palestine.

According to current president Joe Biden’s press secretary Jen Psaki, the administration has, “serious concerns about the situation, including violent confrontations that we’ve seen over the last few days,” and the administration’s campaign website says that Biden plans to, “to ensure that Palestinians and Israelis enjoy equal measures of freedom, security, prosperity, and democracy. His policies will be grounded in a commitment to a two-state solution, where Israel and the future viable state of Palestine will live together in peace, security, and mutual recognition.”

“Biden opposes any unilateral steps by either side that undermine a two-state solution. He opposes annexation and settlement expansion and will continue to oppose both as President,” they added, explaining that Biden plans to, “take immediate steps to restore economic and humanitarian assistance to the Palestinian people, consistent with U.S. law, including assistance to refugees, work to address the ongoing humanitarian crisis in Gaza, reopen the U.S. consulate in East Jerusalem, and work to reopen the [Palestine Liberation Organization] mission in Washington.”

NEW: President Trump releases a statement on the conflict between Israel and Gaza:

"Under Biden, the world is getting more violent and more unstable because Biden's weakness and lack of support for Israel is leading to new attacks on our allies." pic.twitter.com/cAY88yoGpI

According to the New York Post, as the current presidency in America advocates for equal measures for both states in the Middle East, Trump has completely blamed Democrats for the violent escalations because of their lack of Israeli support. In claiming that his Republican presidency was the “Peace Presidency,” he stated on his website,

“When I was in office we were known as the Peace Presidency because Israel?s adversaries knew that the United States stood strongly with Israel and there would be swift retribution if Israel was attacked. Under Biden, the world is getting more violent and more unstable because Biden?s weakness and lack of support for Israel are leading to new attacks on our allies. America must always stand with Israel and make clear that the Palestinians must end the violence, terror, and rocket attacks, and make clear that the U.S. will always strongly support Israel?s right to defend itself. Unbelievably, Democrats also continue to stand by crazed anti-American Rep. Ilhan Omar, and others, who savagely attack Israel while they are under terrorist assault.”

Minnesota Rep. Ilhan Omar on the Conflict in the Middle East

Statement from @IlhanMN, @RashidaTlaib and @RepAndreCarson: "For decades, we have paid lip service to a Palestinian state, while land seizures, settlement expansion, and forced displacement continue, making a future home for Palestinians more and more out of reach." pic.twitter.com/re7XpETJBe