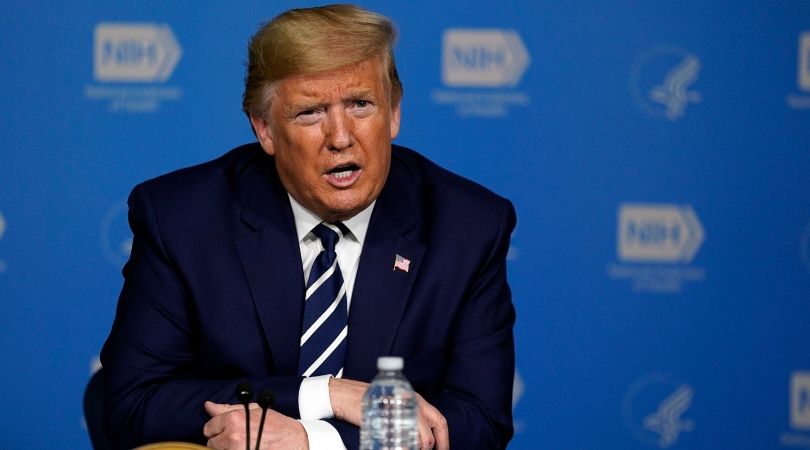 It looks like President Donald Trump is also trying to help Americans stay safe from the deadly Coronavirus. According to the White House, the President of the United States has donated his fourth-quarter presidential salary from 2019 to the Department of Health and Human Services to help and fight Covid-19.

White House Press Secretary Stephanie Grisham announced it to the public by tweeting a photo of the check, which was dated January 29th, 2020, and payable to the Office of the Assistant Secretary for Health. The check is officially signed by President Donald Trump. The tweet stated, President @realDonaldTrump made a commitment to donate his salary while in office. Honoring that promise and to further protect the American people, he is donating his 2019 Q4 salary to @HHSGov to support the efforts being undertaken to confront, contain, and combat #Coronavirus.

President @realDonaldTrump made a commitment to donate his salary while in office. Honoring that promise and to further protect the American people, he is donating his 2019 Q4 salary to @HHSGov to support the efforts being undertaken to confront, contain, and combat #Coronavirus. pic.twitter.com/R6KUQmBRl1

The donation comes after the President faced heavy criticism for his initial response to the outbreak after he appeared to contradict health officials. During a rally last week, the president described the concerns about the now global warning virus as a “hoax,” but later retracted his statement saying he was only referring to the Democratic response to the outbreak.

While running for office, Trump had initially pledged he wouldn’t accept his $400,000 annual presidential salary if he were elected. But, since he had to be paid under law, Trump has been donating his payment to several different areas of the federal government. These include the Office of the Surgeon General to help combat the devastating opioid epidemic, the Department of Homeland Security to help build a wall along the southern border and the National Institute of Alcohol Abuse and Alcoholism help and combat alcoholism.

Please take care of yourself from #Coronavirus, take necessary precautions 🙏🏻

As far as the coronavirus outbreak, as of Tuesday, March 3, 2020, it has killed nine Americans, all in Washington state. More than 100 Americans are said to have been tested positive since the outbreak was confirmed in the US back in February. Worldwide, there have been more than 91,000 cases reported, including more than 3,000 deaths.