On Sunday, the president publicly disagreed with Tillerson on North Korea in a series of tweets, writing in one tweet that the secretary of state was “wasting his time trying to negotiate with Little Rocket Man.”

Trump added in a follow-up tweet that Tillerson should “save his energy” because they’ll do “what has to be done.”

He concluded his series of tweets by writing, “Being nice to Rocket Man hasn’t worked in 25 years, why would it work now? Clinton failed, Bush failed, and Obama failed. I won’t fail.”

Trump’s direct and public disagreement with the former ExxonMobile executive sparked speculation that the president wants him gone or that Tillerson is fed up with the administration, The Washington Post reports.

On Saturday, after Tillerson made the comments about North Korea during a brief trip to China, his aides were quick to say that his comments didn’t mean that talks were currently taking place. “North Korean officials show no indication that they are interested in or ready for talks on denuclearization,” Tillerson adviser R.C. Hammond told reporters.

Neither the White House or the State Department have responded to questions concerning Trump’s tweets about Tillerson and North Korea. 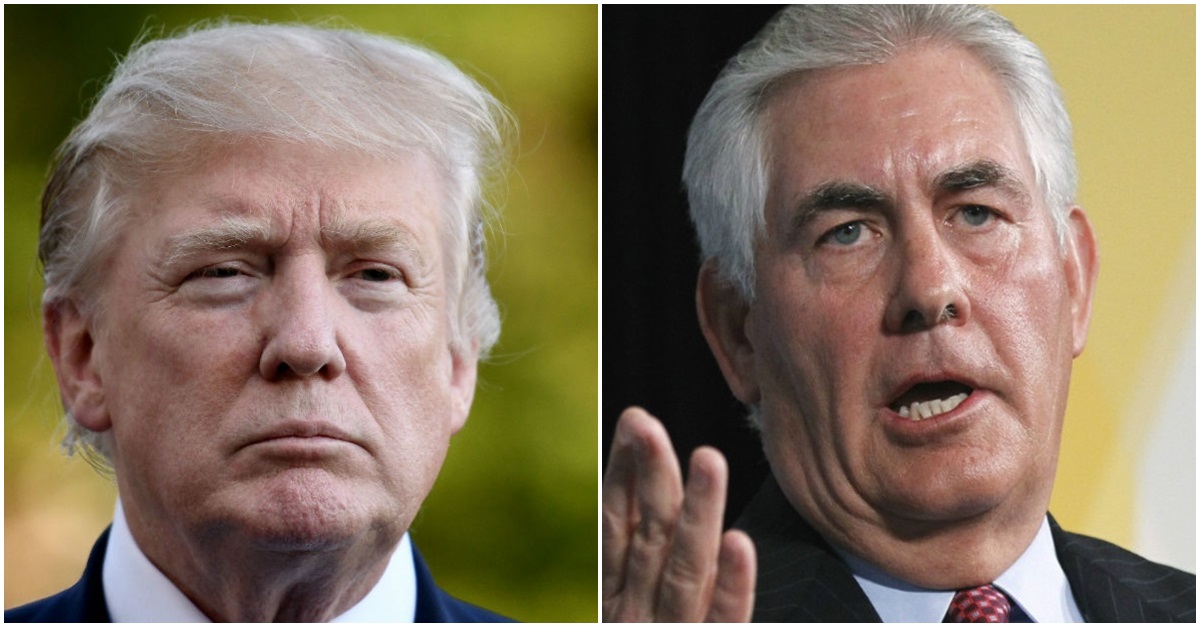