Trump Declares That He, Not State Governors, Will Decide When to Relax Social Distancing 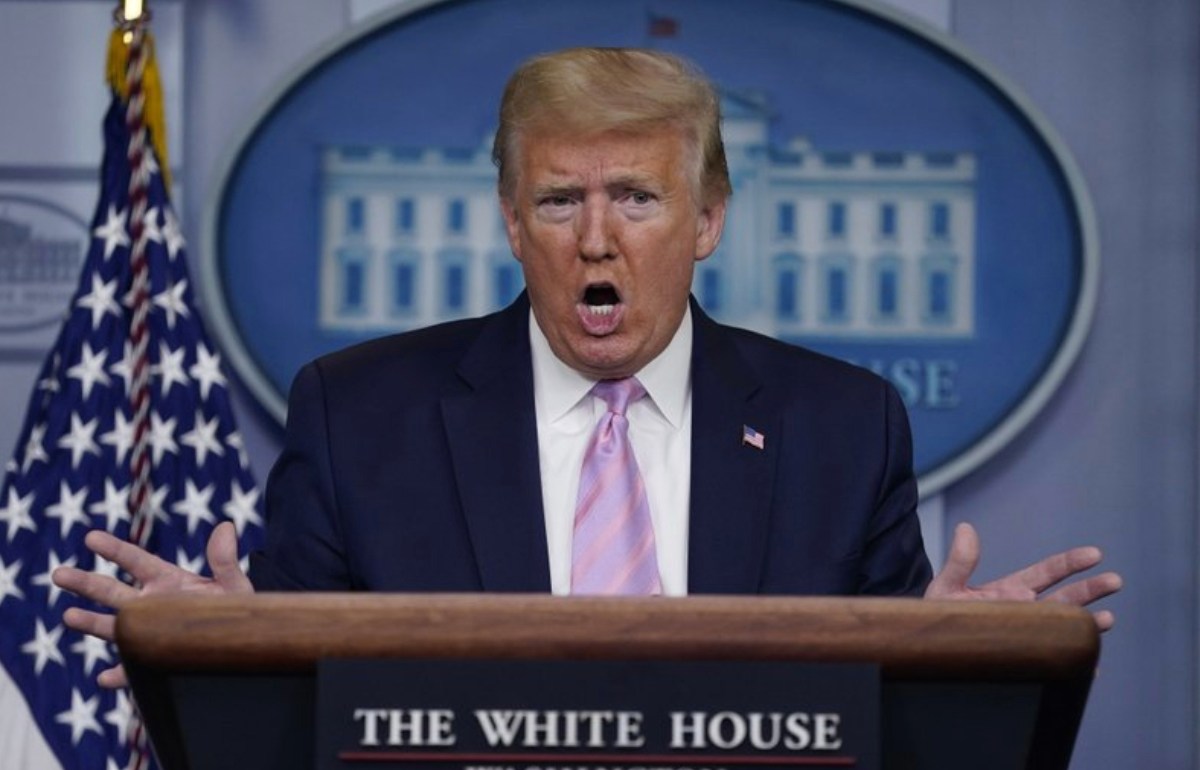 President Donald Trump asserted Monday that he is the ultimate decision-maker for determining how and when to relax the nation’s social distancing guidelines as he grows anxious to reopen the coronavirus-stricken country as soon as possible.

Governors and local leaders, who have instituted mandatory restrictions that have the force of law, have expressed concern that Trump’s plan to restore normalcy will cost lives and extend the duration of the outbreak.

Trump has pushed to reopen the economy, which has plummeted as businesses have shuttered, leaving millions of people out of work and struggling to obtain basic commodities.

Taking to Twitter on Monday, Trump said some are “saying that it is the Governors decision to open up the states, not that of the President of the United States & the Federal Government. Let it be fully understood that this is incorrect…it is the decision of the President, and for many good reasons.”

He added, “With that being said, the Administration and I are working closely with the Governors, and this will continue. A decision by me, in conjunction with the Governors and input from others, will be made shortly!”

Trump last month put in place nationwide recommendations for most Americans to remain home and distant from one another in order to slow the spread of the virus. But his guidelines, scheduled to expire at the end of the month, have little force ? unlike actions of governors and local leaders that carry fines or other other penalties, and in some jurisdictions extend out into the early summer.

Trump’s claim that he could force governors to reopen their states comes after he spent weeks arguing that he didn’t believe he should pressure states that hadn’t imposed stay-at-home restrictions to do so. He had cited his belief in local control of government.

Some states, like Ohio and Washington state, have taken much stricter tacks on shutting down than the White House initially suggested. Others, like Florida, have waited and resisted the strictest orders.

Under the U.S. system of government, states have the power and responsibility for maintaining public order and safety. Since the coronavirus outbreak, governors and local officials have made the decisions about limiting social interactions by ordering people to shelter in place, closing businesses and shutting schools. Those same officials will make the call about when to ease up, though Trump can bring the influence of his office to bear.

The discussion of rebooting the nation’s economy has come as Trump has bristled at criticism that the social restrictions aimed at stopping the spread of the coronavirus could have saved lives if they’d been started earlier ? and that when they’re eased new cases are certain to arise.

When asked Sunday on CNN if acting earlier on social distancing and “stay at home” policies could have saved lives, Fauci responded in part: “It’s very difficult to go back and say that. I mean, obviously, you could logically say that if you had a process that was ongoing and you started mitigation earlier, you could have saved lives. Obviously, no one is going to deny that. But what goes into those kinds of decisions is complicated.”

Trump reposted a tweet that referenced Fauci’s comments and that said “Time to #FireFauci.” Trump again pointed to his decision in late January to restrict travel from China, writing, “Sorry Fake News, it’s all on tape. I banned China long before people spoke up.”

A senior administration official said Trump was not considering firing Fauci, but was merely reacting to what he perceived to be criticism of his leadership. The official spoke on the condition of anonymity to discuss internal discussions.

Fauci, 79, a career official, has emerged one of the most recognizable and trusted faces of the federal government’s response.

Trump has promised to unveil a task force of state and local officials, business executives, economists and health officials Tuesday as he explores how to reopen businesses without sparking a renewed outbreak.

Fauci had said the economy in parts of the country could have a “rolling reentry” as early as next month, provided health authorities can quickly identify and isolate people who will inevitably be infected. But he said he “can’t guarantee” that it will be safe for Americans to vote in person on Election Day, Nov. 3.

Fauci cautioned that whenever restrictions ease, “we know that there will be people who will be getting infected. I mean, that is just reality.”

“There is always the possibility, as we get into next fall, and the beginning of early winter, that we could see a rebound,” he said.