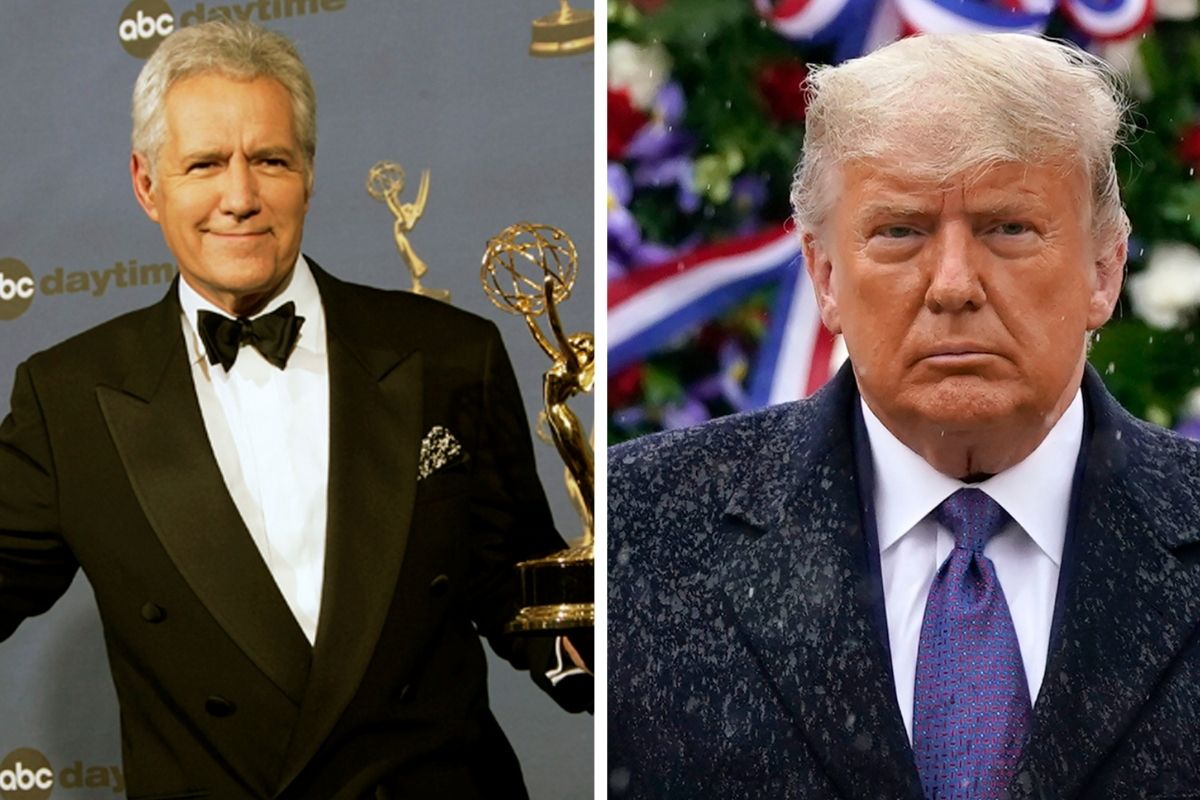 After the death of longtime Jeopardy! host Alex Trebek, many were left wondering what will happen to the TV show, and who will replace the legend. Apparently, US President Donald Trump has been listed by bookmarkers as a candidate to replace the popular host of the long-running game show. Trump’s name appeared online in the list of 30 possible people to replace Trebek after her, unfortunately, lost a marathon battle to pancreatic cancer after several years fighting the disease. Trebek had been the game show host of the TV show since it began in 1984.

The list of hosts included a podcaster Joe Rogan, actor Levar Burton, and Ken Jennings. Jennings has a long-shot after he already has been working as a consulting producer for the show. But the competition can come from George Stephanopoulos who is now working as a host ofGood Morning America. He’s being given 3.25 to 1 odds to take the position of the new host. Burton, science-themed TV show host Neil DeGrasse Tyson and current Wheel of Fortune host Pat Sajak are listed as well, at 16 to 1 to win the position. Rogan is clocking it at 660 to 1 to win.

Can You See Trump as the New ‘Jeopardy’ Host?

Donald Trump is at the bottom of the list, which is offered on Sports Betting and is the least favored to win, tags 1000 to 1. Actress Rosie Perez, and talk show host Oprah Winfrey, as well as Jon Stewart, and America’s Got Talent judge Piers Morgan. Sports Betting did predict that the show would not pick someone to be another legendary Alex Trebek and that fans could be in for a very nervous wait.

Jeopardy! is a television quiz show that was created by Merv Griffin and features a competition in which contestants presented with some general knowledge clues in the form of an answer. They then must share the responses in the form of questions. The original daytime version debuted March 30, 1964, on NBC and aired until January 3, 1975. Then, nighttime syndicated Edition aired from September 1974 to September 1975, and then a Revival, the new Jeopardy, ran on NBC from October 1978 to March 1979.

The version airing now in 2020, which is a daily syndicated show produced by Sony Pictures Television, premiered back on September 10, 1984. With over 8,000 episodes aired, the new version of Jeopardy! won 39 Daytime Emmy Awards, as well as a Peabody Award. Back in 2013, it was ranked number 45 on TV Guide’s list of the 60 greatest shows in American television history. The 37th season of Jeopardy! premiered on September 14th, 2020.