Trump Has Officially Left The White House, Tells Crowd ‘We Will Be Back in Some Form’ 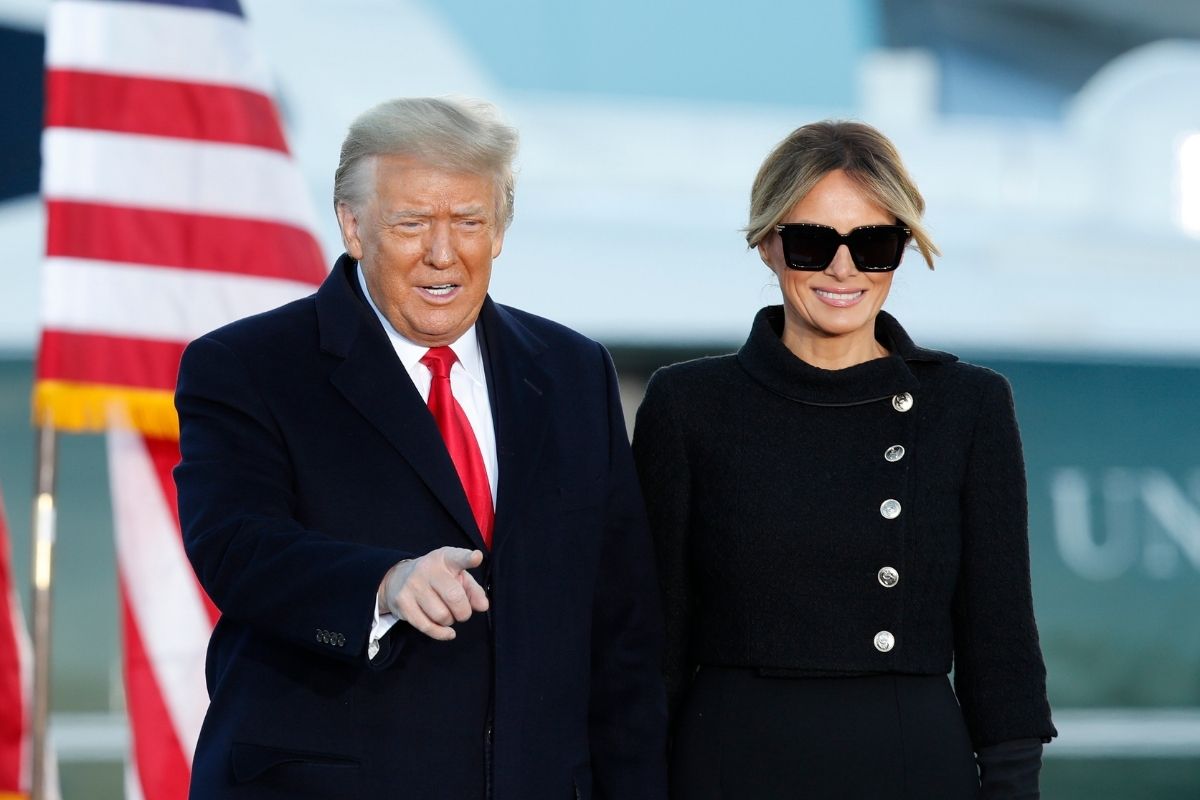 President Donald Trump has left the White House for the last time as president of the United States. Trump and first lady Melania Trump departed the White House on Wednesday morning, a week after he became the first president to be impeached twice, charged with inciting a deadly insurrection at the US Capitol in Washington DC.

The couple flew on Air Force One to his Mar-A-Lago resort located in Palm Beach Florida, set to arrive there before Joe Biden and Kamala Harris are officially inaugurated as 46th president of the United States and Vice President of the United States, respectively. Trump, who has refused to accept the reality of his loss, has yet to congratulate Biden on his victory. He will be the first president in 150 years to skip his successor’s inauguration.

Breaking the tradition, he and Melania will not be at the White House to welcome Biden or First Lady Dr. Jill Biden. Trump decided not to give a primetime live farewell address like his predecessors, instead flew to a farewell ceremony at Joint Base Andrews before departing for Florida. As he was leaving the White House, he made a statement to reporters and his followers saying that it was an honor of a lifetime to serve as president and that he wanted to say thank you.

The Republican noted, ?I will always fight for you. I will be watching, I will be listening. And I will tell you that the future of this country has never been better. I wish the new administration great luck and great success. I hope they don?t raise your taxes. But if they do, I told you so.?

Trump then formed a circle around Washington DC on Marine One. Trump was greeted by 21-gun salutes at a military base where a few of his supporters, including family members, gathered to send them off. Trump gave a short speech touting his achievements with veterans and the vaccine, blaming the coronavirus for affecting his administration’s job numbers. He stated, ?we were not a regular Administration.?

Melania Trump, who reportedly didn’t contact or congratulate Dr. Jill Biden, was reported to have been checked out in the final days of her husband’s presidency saying, “Being your first lady was my greatest honor. Thank you for your love and your support. You will be in my thoughts and prayers. God bless you all. God bless your families and God bless this beautiful nation.?

Trump didn’t mention Biden by name, instead stated “I wish the new administration great luck and great success… They have the foundation to do something really spectacular.” In his final 12 hours as president, Trump issued 73 Pardons and 70 prison commutations. He pardoned rapper Lil Wayne and his former advisor Steve Bannon, who was facing federal fraud charges. Trump said to be leaving behind a heavily militarized Washington DC that was placed in order to prevent his supporters from repeating the violence that occurred at the Capitol on January 6th.

In his final hours as president of the United States, Trump promised his supporters that he ?will be back in some form.? He stated, “I will always fight for you. I will be watching, I will be listening, and I will tell you that the future of this country has never been better. Have a good life.” As a long-standing tradition, Trump reportedly did leave Joe Biden a note at the White House, according to White House Deputy press secretary Judd Deere. The contents of the note itself or not made public. Elsewhere in the White House, several movers and staffers are finalizing the transition of residence and West Wing, disinfecting and packing up the remains due to the COVID-19 pandemic ahead of the Biden administration’s arrival shortly after noon.