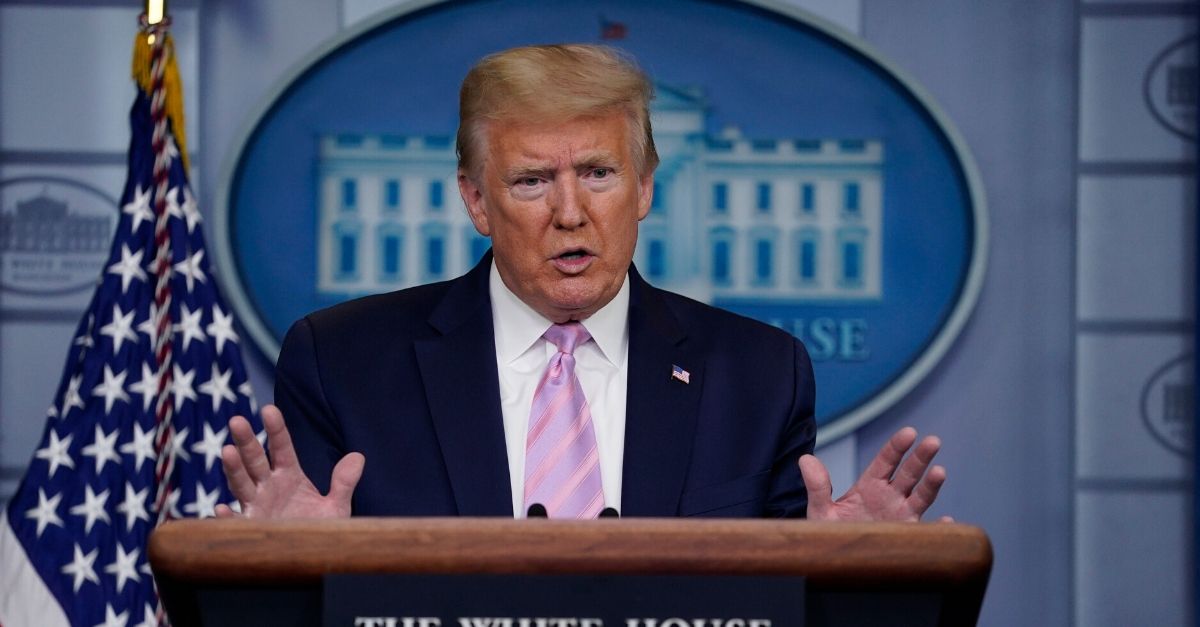 According to Deputy Press Secretary Judd Deere, the announcement comes as confirmed cases of COVID-19 reached at least 519,453 as of Saturday, April 11, 2020. At least 20,071 people have tragically died in the United States due to the virus, which is the death toll surpassing the one in Italy and figures that doubled from 10,000 to more than 20,000 coronavirus cases in only 5 days.

As far as worldwide, confirmed cases have surpassed 1.7 million and more than 100,000 people have died from the Coronavirus. Wyoming Governor Mark Gordon formally submitted a letter to President Donald Trump after the state had seen more than 200 cases at that time. Wyoming has not exactly reached the dire situation of some states, but the declaration is said to help prepare and mobilize the resources they need.

The emergency declaration also makes federal funding available for state and local governments, as well as for some private nonprofit organizations. According to the White House, they can also help state governments coordinate with federal assistance and resources such as the Army Corps of Engineers and the Federal Emergency Management Agency.

Since the coronavirus is highly contagious, several authorities at various levels of government around the United States have been urging social distancing guidelines, and are implementing stay-at-home restrictions and protective measures to slow the spread of the virus for public health. Everyone is being urged to avoid close contact with one another, maintain good hygiene, and avoid leaving their houses as much as possible.

According to the Centers for Disease Control and Prevention, symptoms of the coronavirus include cough, fever, and shortness of breath. All these symptoms can range in severity from mild to deadly. Despite the warnings, there are several signs that social distancing guidelines are helping, according to President Donald Trump. He stated, ?nationwide, the number of new cases per day is flattening substantially, suggesting that we are near the peak and our comprehensive strategy is working.?