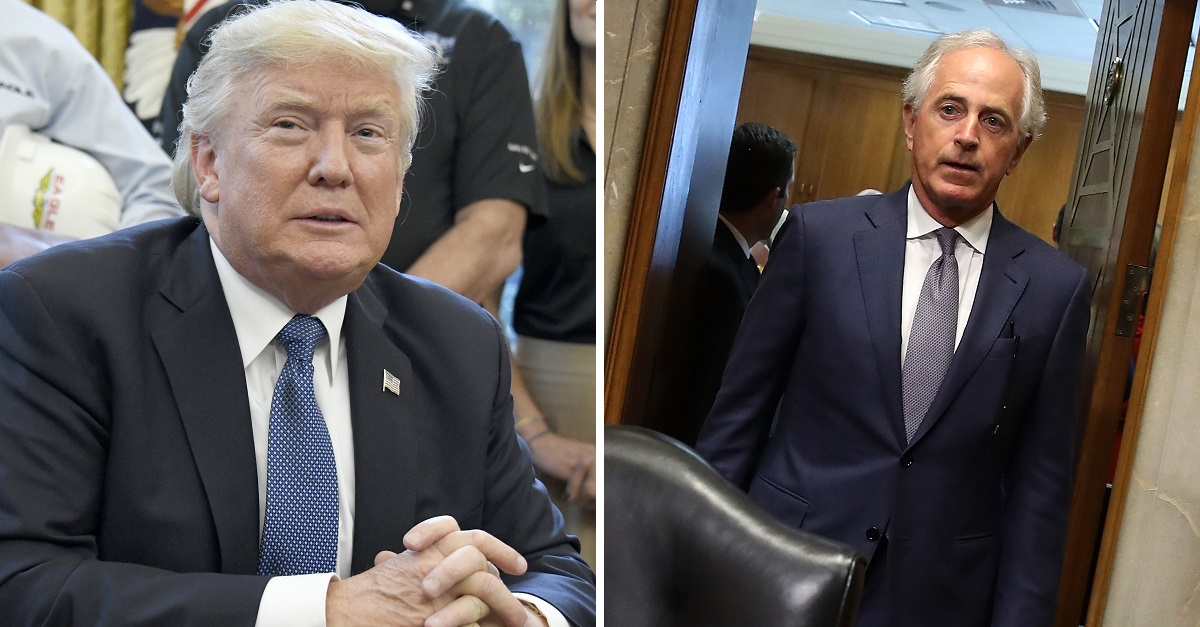 Senator Bob Corker “begged” me to endorse him for re-election in Tennessee. I said “NO” and he dropped out (said he could not win without my endorsement). He also wanted to be Secretary of State, I said “NO THANKS.” He is also largely responsible for the horrendous Iran Deal! Hence, I would fully expect Corker to be a negative voice and stand in the way of our great agenda. Didn’t have the guts to run!

The angry tweets follow recent comments from Corker about Trump’s Cabinet and its ability to keep the world from “chaos.”

This week, when asked about the report that Secretary of State Rex Tillerson called the president a “moron,” Corker told reporters that the Cabinet functions to “separate our country from chaos, and [he supports] them very much” in a statement that could be read to imply that Trump was causing “chaos.” White House Press Secretary Sarah Huckabee Sanders addressed the statement, offering that Trump was the one “keeping the world from chaos.”

Corker announced in September that he would not be seeking reelection, after some deliberation. Trump reportedly asked Corker to run for reelection, though Trump claims in his latest string of tweets that Corker “begged” for his endorsement.

Corker responded to the president’s tweet by saying, “It’s a shame the White House has become an adult day care center.”

It's a shame the White House has become an adult day care center. Someone obviously missed their shift this morning.