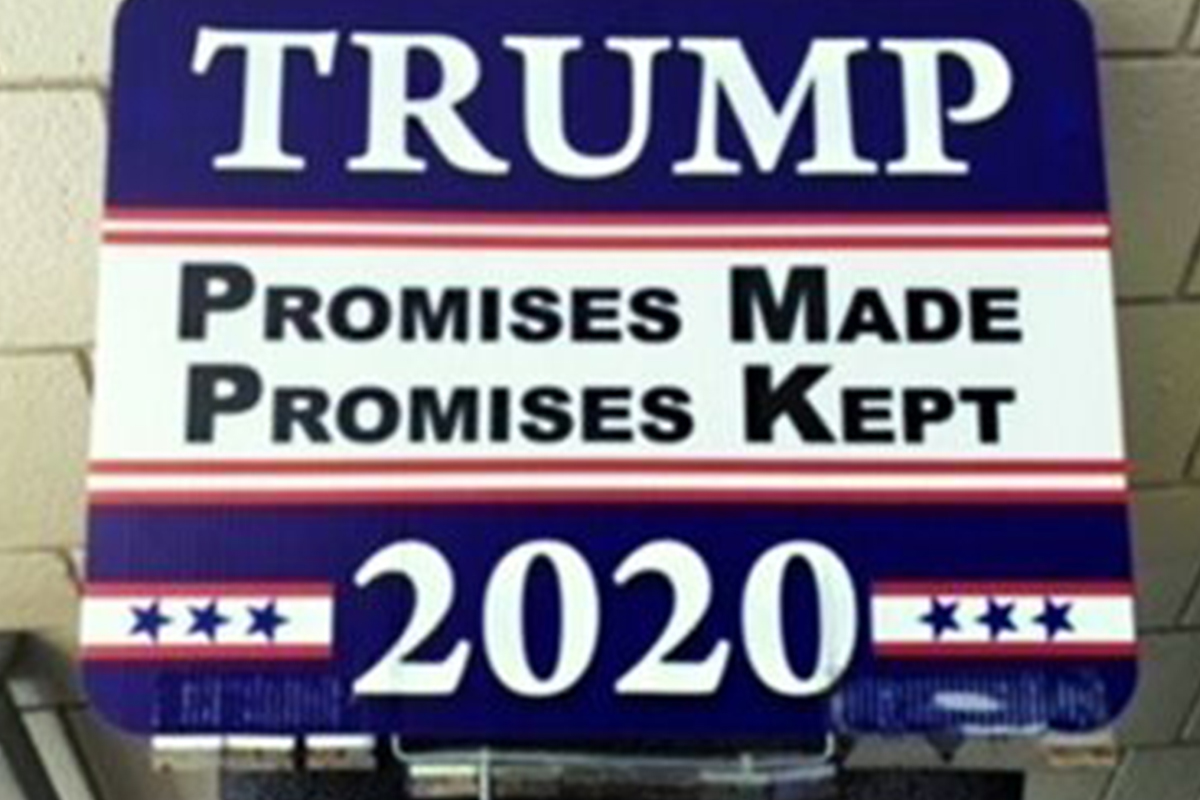 A city worker in Michigan tasked with removing signs that violated city code had his hand badly injured by a yard sign supporting the reelection campaign of Republican President Donald Trump against Democrat and former Vice President Joe Biden. The sign was booby-trapped with razor blades that were glued to the bottom of it.

The 52-year-old municipal employee of Commerce Township, Michigan (about 40 miles north of Detroit) went to remove the Trump sign because it was 9 feet too close to the road and in violation of a city ordinance that requires all signs to be no closer than 33-feet from the center of the road.

When the man reached down to remove the political sign he felt a pain in his hands, according to the Oakland County Sheriff’s Office. At first, the township worker thought the Trump campaign sign was electrocuted, however, when he looked down he realized that his hands were bleeding badly.

After being cut by the Trump-Pence sign the township employee drove himself to the hospital where he received 13 stitches across three fingers. When police questioned the homeowner whose yard the sign was in she claimed that she had previously had several other signs supporting the GOP candidate for the White House stolen from her yard, though all of those were later returned.

She also claimed she had no idea that razor blades were taped to the sign, which would mean either a) she’s lying, or b) there is a lunatic with a bag of razor blades wandering Commerce Township, Michigan and taping them to things.

City officials from the southeast Michigan township have said they may seek legal action for the injuries the boobytrap sign caused their employee, according to local news outlet WDIV.