As Trump Resumes Traveling, His Staff Risks Their Health to Prepare His Trip 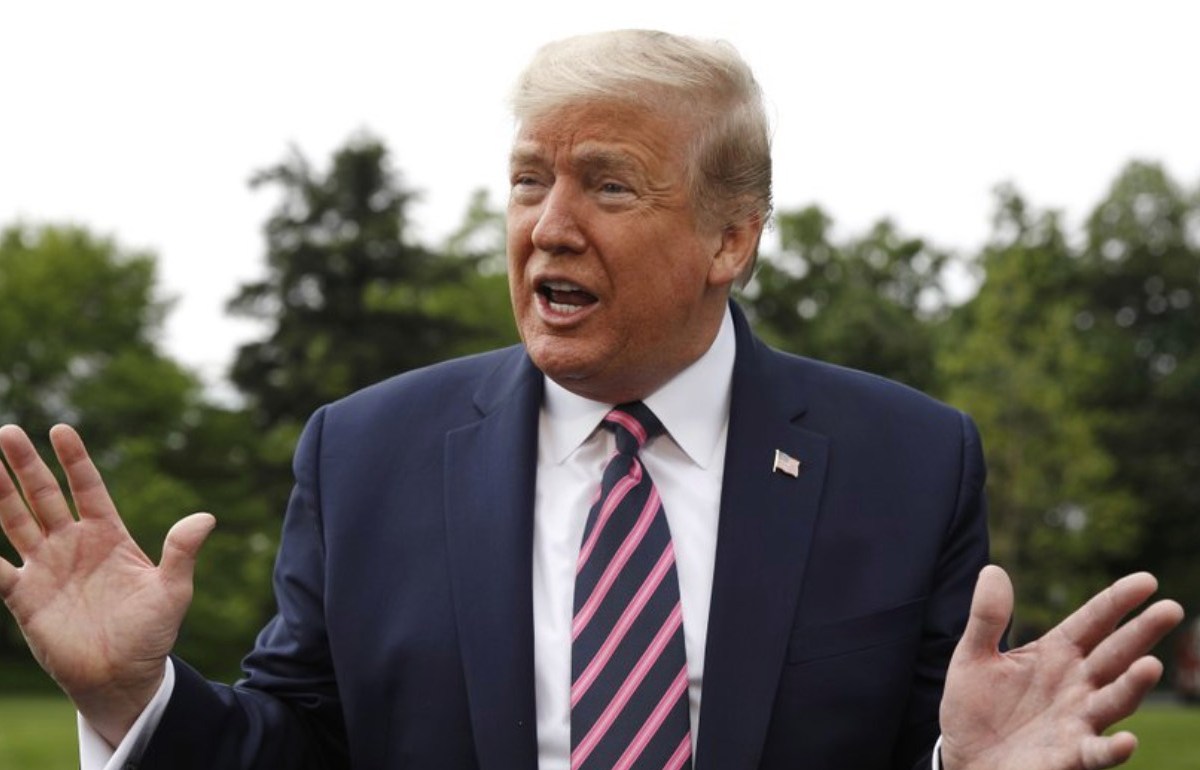 For much of the last two months, President Donald Trump has rarely left the grounds of the White House as he’s dealt with the fallout of the coronavirus pandemic and sought to minimize his own exposure to the disease.

But that changed Tuesday: Trump revved up Air Force One and headed to Arizona to visit a Honeywell facility that makes N95 masks in what the president suggests will mark the return to more regular travel.

The trip also means a small army of advisers, logistical experts and security staff — a coterie of hundreds that includes personnel from the White House, Defense Department, Secret Service and more — will resume regularly hitting the road again and taking a measure of risk to assist Trump.

Besides Tuesday’s trip to Honeywell, Trump says he will travel soon to Ohio, to New York in June for the U.S. Military Academy graduation and to South Dakota in July for a holiday fireworks display at Mount Rushmore. Trump says he’s also eager to get back on the campaign trail, though he’s acknowledged that he might not be able to hold his signature big-stadium rallies until the final months before the Nov. 3 election.

Trump took a March 28 trip to Norfolk, Virginia, to see a Navy hospital ship off to New York and a weekend stay at the Camp David presidential retreat in Maryland, but has otherwise stayed in Washington since early March.

The president told reporters shortly before departing Tuesday that he had no concerns that resuming travel could expose those in his entourage to increased risk.

“Everybody traveling has been tested,” Trump said of his aides. “We have great testing and literally they’ve been tested over the last hour, and the test result comes back in five minutes.”

At a moment when public health officials have asked Americans to postpone nonessential travel to help stem the coronavirus, Trump was eager to prod a shell-shocked American electorate — reeling from the death and economic destruction wrought by the virus — to edge back to normal life.

But White House officials are also taking precautions to try to prevent Trump and Vice President Mike Pence from exposure to the virus. Honeywell workers who meet Trump on Tuesday — just like anyone else who comes in close proximity to the president and vice president — will be first required to take a rapid point-of-care test to determine if they’re carrying the virus.

“When preparing for and carrying out any travel, the White House’s operational teams work together to ensure plans to incorporate current CDC guidance and best practices for limiting COVID-19 exposure are followed to the greatest extent possible,” White House spokesman Judd Deere said.

But Matt Bennett, who served as Vice President Al Gore’s trip director, said he worries that Trump is putting his staff, military personnel and local and state officials at unnecessary risk.

“I think there is a value of seeing our leaders out in the country and escaping the White House,” said Bennett, executive vice president at the center-left think tank Third Way. “But it has to be balanced against the cost. The cost here could be the health and safety of a lot of people.”

James McCann, a Purdue University political scientist who has studied presidential travel, said Trump early in his term traveled significantly less frequently on official presidential business compared to his four predecessors. But now that a big campaign rally is not possible, Trump is searching for a way to assert himself.

“Trump is itching to get into campaign mode,” McCann said.

Marc Short, Pence’s chief of staff, told reporters the vice president, who last week traveled to Indiana and Minnesota, has been debriefing the White House Military Office after each trip to discuss planning and protocols.

The Secret Service, which is tasked with protecting the president and his family, wouldn’t get into the details of how it’s altering operations but said it’s following Centers for Disease Control and Prevention guidance.

The president flies on Air Force One, military-operated aircraft, on all trips, regardless of whether it is White House business, political or personal travel. The Defense Department also airlifts equipment such as armored limousines and occasionally helicopters for the president’s travel.

The president usually travels with a representative from the press office, the chief of staff’s office and the National Security Council, as well as a personal assistant. Other aides, like his economic advisers, a Cabinet secretary or lawmakers, also may join depending on the nature of the visit. Republican Arizona lawmakers — Sen. Martha McSally, Rep. Debbie Lesko and Rep. Paul Gosar —joined Trump on Air Force One for the flight to Phoenix.

Johanna Maska, who served as the White House director of press advance during the Obama administration, said it’s important for administration officials to remember that everyone who travels or assists in the president’s travel — from the closest aides to the volunteer van drivers who drive lower-rung aides from the airport — have families.

“There is a whole orbit around those people,” Maska said. “I certainly hope that they are making the right decisions here.”

About the author: Aamer Madhani
Aamer Madhani is a reporter with the Associated Press.
View More Articles