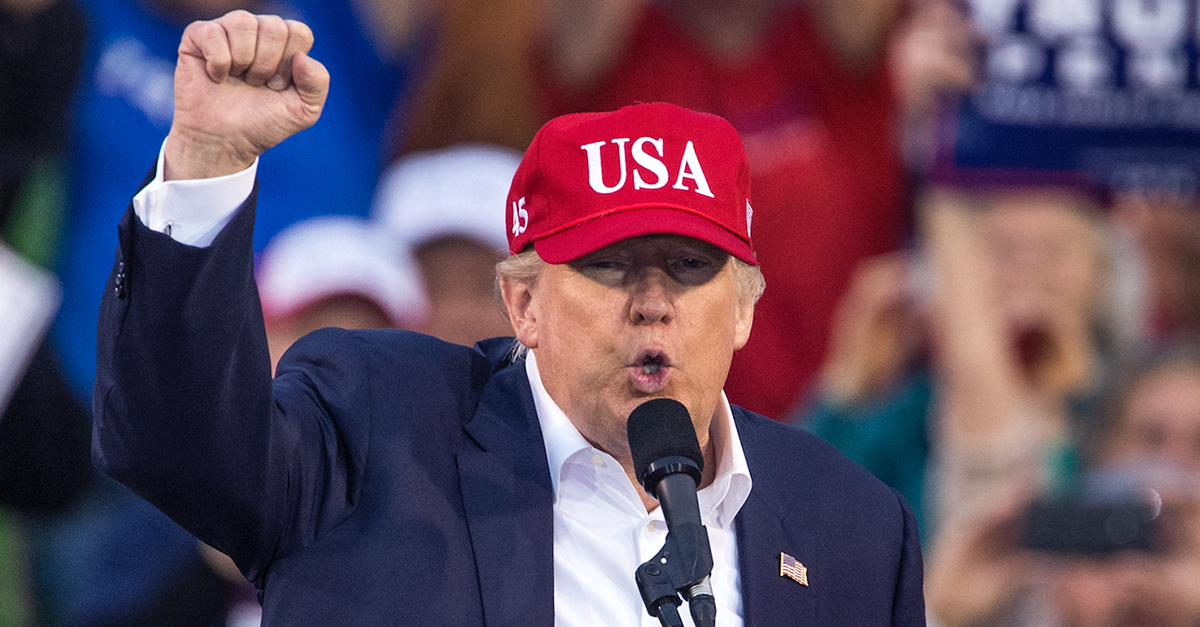 Donald Trump returned to Twitter today to blast congress and the Affordable Care Act, but in his most recent tweet, he defended the Guantanamo Bay facility, saying, “There should be no further releases from Gitmo.” Though he talked about the shady detention facility throughout the campaign, this is one of the first times he’s taken a hard-line stance on the Cuban jail since being elected.

RELATED: These are the only 3 Republicans in the House who voted to close Guantanamo Bay

While President Obama was campaigning, he vowed to close the Guantanamo Bay facility, naming it one of his top priorities. When he entered office there were 242 men in cells at the prison; the number is down to less than 60 today. “Gitmo,” as it’s often called, is arguably unconstitutional — it’s a jail full of inmates who will likely never see juries. There are three categories of detainees at the prison: those who are on trial by a military tribunal, those who have been approved for transfer or release, and the largest category, which consists of inmates who have not been charged with a crime. While it is unknown how many innocent men are behind bars in the prison, others like Ali Hamza al Bahlul, who was Bin Laden’s media secretary and has been at the facility since it opened in 2002, will die in the Cuban prison.

There should be no further releases from Gitmo. These are extremely dangerous people and should not be allowed back onto the battlefield.

A New Yorker article from August characterized the “overwhelming majority of detainees were not terrorist leaders but low-level foot soldiers […] many had been turned over to the American military by local warlords for a bounty.” The Obama Administration announced to Congress a few weeks ago that it plans to resettle 19 inmates in what is the final push to salvage any remnants of the president’s legacy. One attorney at the Center for Constitutional Rights, which represents Gitmo detainees, told The Washington Post that “history is going to judge [Obama] badly for his failure to close Guantanamo and particularly for his failure to do everything he has legal authority to do.”

RELATED: Fifteen years after 9/11, President Obama is working to move Guantanamo detainees out of the facility…and into the U.S.?

While Trump has drawn a hard line on not releasing any more detainees, he will have a tough time accomplishing that goal. In August, the Miami Herald reported on the 59 men in Guantanamo Bay and stated that “23 are approved for transfer in one fashion or another.” And while the president-elect has said that he plans to fill Guantanamo with “some bad dudes,” there are hundreds of civil rights lawyers like those at the Center for Constitutional Rights who will fight tooth and nail with the incoming White House if it tries to expand Guantanamo Bay.