Trump tears into “dossier,” Clinton and Uranium One in a morning Twitter spree 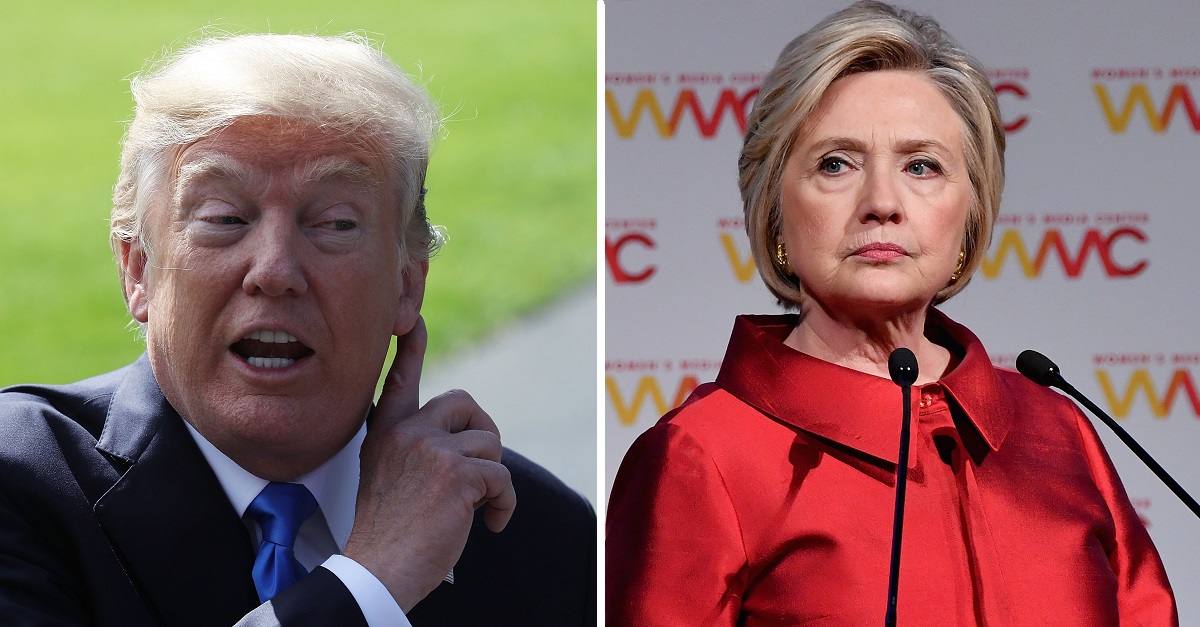 President Donald Trump began this Sunday like many others on Twitter: laying into his most recent political enemies.

Recently, reports revealed the Clinton campaign is one of the major backers of the dossier, along with conservative website The Free Beacon.

President Trump is also regularly pointing to news he endorses to corroborate how the Clinton campaign colluded with Russia, not his own.

Some say this is perhaps in an effort to gloss over the investigations into his campaign’s ties to Russia and the news of a grand jury approving the first charges filed in Robert Mueller’s investigation late last week.

RELATED: The first charges have been filed in the investigation into Russian election meddling

The President also tweeted this morning about the “Uranium Deal,” a reportedly unfounded claim regarding how Hillary Clinton personally allowed the sale of uranium to Russian energy agency Rosatom in exchange for a $145 million donation to the Clinton Foundation, as well as Clinton’s email scandal.

“There is so much GUILT by Democrats/Clinton, and now the facts are pouring out,” he Tweeted. “DO SOMETHING!”

Never seen such Republican ANGER & UNITY as I have concerning the lack of investigation on Clinton made Fake Dossier (now $12,000,000?),….

…the Uranium to Russia deal, the 33,000 plus deleted Emails, the Comey fix and so much more. Instead they look at phony Trump/Russia,….

…"collusion," which doesn't exist. The Dems are using this terrible (and bad for our country) Witch Hunt for evil politics, but the R's…